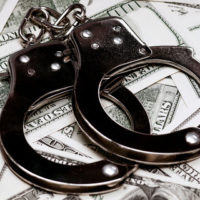 In the early hours of May 21, two men broke into a home on S. Flagler Drive in West Palm Beach, ostensibly to rob it. They tied up and threatened the homeowners, a mother and daughter, at knifepoint, and then fled with several items from the house. However, thanks to the West Palm Beach police department’s Real Time Crime Center, one of the suspects was identified, with the other being targeted due to surveillance video and photographs. Both subjects have been charged with home invasion robbery, false imprisonment, and battery.

It is worth noting that home invasion robbery is a more serious crime under Florida law than simple robbery. A robbery is defined as taking property, usually by larceny, from another person with the intent to permanently deprive them of it. This ‘taking’ must be accomplished through the use of “force, violence, assault, or putting in fear.” Robbery must have that malicious element; without it, you are more likely to be charged with larceny, referred to as petit or grand theft in Florida. Intent to cause fear or harm is a requirement for robbery crimes, but not necessarily for burglary or other theft crimes.

A home invasion, by comparison, is a robbery of a dwelling, and it is considered more serious because generally, Florida law recognizes that a person’s home is their metaphorical castle – the breach of that safety is much more serious than being robbed, say, on the street. In the South Flagler Drive robbery, the homeowners lost items, but they also lost the ability to feel safe in their own home, and state law takes that loss very seriously. If you commit this type of crime, the penalties will generally be quite severe.

If you have been charged with home invasion robbery, you need to understand that the stakes are extremely high, as the sentencing guidelines for this crime are strict. Whether or not you carry a deadly weapon or not, a home invasion robbery is charged as a first-degree felony, with a possible sentence of 30 years in prison, plus probation and a fine of up to $10,000. If you do carry a deadly weapon, however, the penalty increases to life imprisonment – certainly not a sentence possibility to take lightly.

Be advised that other charges can go along with a home invasion robbery arrest; for example, the two suspects arrested after the South Flagler Drive burglary were also charged with false imprisonment and battery of the elderly (anyone over age 65). Because of the severity of these types of crimes, they are charged very aggressively. In order to get a fair day in court, you need to ensure that you have an experienced criminal defense attorney on your side who understands the potential issues at stake.

If you have been accused of committing robbery, you need to act quickly to obtain legal counsel who can ensure your rights are well protected. The West Palm Beach robbery attorneys at Perlet, Shiner, Melchiorre & Walsh, P.A. understand that witness statements can be confused, and events happen quickly – if you are innocent, you deserve the chance to tell your story. Call our offices today to speak to an attorney.