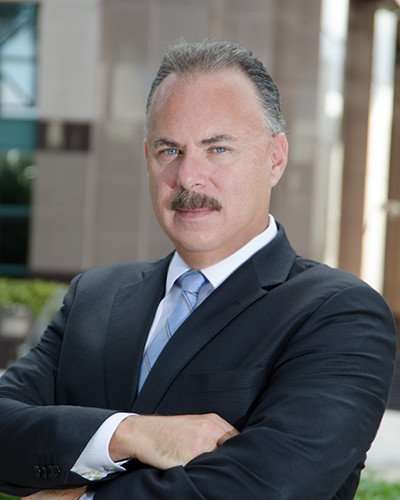 As a preeminent West Palm Beach criminal defense lawyer at Perlet & Shiner, P.A., Marc Shiner has a reputation as a top-notch, tough, respected attorney with 28 years of experience and hundreds of trials, many of them high-profile which received national media attention.

Over the course of his career, Mr. Shiner has achieved notable success. As a former major crimes prosecutor for the State Attorney’s Office, he has had 250 jury and non-jury trials, including many high-profile sex crimes and murder cases. Mr. Shiner handles all criminal cases, including all white collar crimes, drug offenses, conspiracy, murder, DUI manslaughter, fraud, robbery, domestic battery, Nebbia Hold Hearings, RICO, money laundering, sex crimes, child pornography, and all other state and federal felony charges. After working at the State Attorney’s Office for almost 13 years, Mr. Shiner has dedicated all his time helping people accused of crimes. For the past 15 years, Mr. Shiner has worked hard to gain a reputation in the community as a top-notch criminal defense attorney. His experience as a government prosecutor helps give him invaluable insight and an enormous advantage by understanding both sides of a criminal case.

For his extensive legal insight regarding criminal law, Mr. Shiner has been featured on various media outlets such as CNN, MSNBC, Fox TV, Court TV, and Local News and often sought by News Media to provide his input on current legal events and high-profile cases. With a heightened respect for client confidentiality, the majority of his cases are never covered by the press. He is licensed to practice in Florida, District of Columbia, and the U.S. District Court, Southern District of Florida. He practices in all federal courts in the United States and all state courts throughout Florida. He is honored with numerous accolades and distinctions, such as inclusion among the Top 100 trial Lawyers and an AV Preeminent® Rating by Martindale-Hubbell®. He is a member of the Florida Association Criminal Defense Lawyers; Palm Beach County Association of Criminal Defense Lawyers; and a lifetime member of the National Association of Criminal Defense Lawyers.

A seasoned litigator, Mr. Shiner has a reputation for being a tough, passionate advocate inside the courtroom, at both the state and federal level. Mr. Shiner works very hard to deliver the most favorable results possible. Over the course of his career, he has achieved numerous successful results, such as case dismissals, charge reductions, and not-guilty jury verdicts.