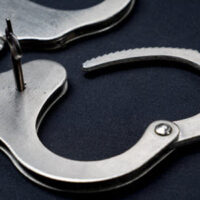 In general, domestic violence allegations should be taken very seriously. However, they can sometimes be made by people who seek to gain something, instead of by genuine victims. If you have been accused of or charged with domestic violence, you have the right to defend yourself. There are several specific defenses enshrined in Florida law that you can use to try and establish reasonable doubt.

Self-defense. This is perhaps the most common defense used by those accused of domestic violence. Essentially, a defendant admits that they committed some kind of violence, but that it was justified due to self-defense. Generally, if one uses non-deadly force out of a “reasonable belief” that they are under “imminent use of unlawful force,” they have no duty to retreat, meaning that they can simply act. There are also situations in which deadly force is permissible, but these are much fewer and further between.

Defense of others or of property. Just like with self-defense, non-deadly force may be used against an aggressor. However, when defending property, force is only permissible when you “reasonably believe” that it is necessary to prevent someone trespassing on that real property. If there is no danger of trespassing, force may not be used.

Situations involving a “vindictive victim.” While most alleged victims are telling the truth about having survived domestic violence, there are too many who lie and try to frame their partner for reasons of their own. If it can be established that your alleged victim had no injuries, or if they have been less than truthful, their dishonesty will very often get the case against you dismissed.

Disputing the facts of the indictment. Law enforcement makes mistakes sometimes. There are occasions where an experienced attorney can cast sufficient doubt on the facts of the situation, particularly when discussing factors that are easy to misinterpret when under stress – for example, the extent of the alleged victim’s injuries, or whether there should have been an arrest made at all (Florida has no hard and fast rule about domestic violence arrests on the scene).

If you have been arrested or charged with domestic violence, it is important to know that you have several possible defenses at your disposal – you have the right to defend yourself and to have your rights protected in court. The West Palm Beach criminal attorneys at the firm of Perlet, Shiner, Melchiorre & Walsh, P.A. are well versed in these types of cases, and will work hard to make sure you get your fair say in court. Call us today to speak to an attorney.