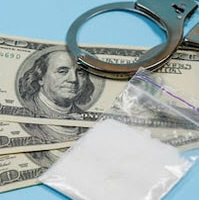 As technology and science become more and more advanced, new synthetic drugs are being invented, either to replace now-illegal drugs, or to “improve” on the high granted by old ones. Despite misconceptions to the contrary, synthetic drugs are just as illegal as any ‘natural’ drugs, and if you are caught with them, it will be just as difficult for you as it would be if you were caught with marijuana or mushrooms.

For good or ill, people continue to try and find new ways to alter their consciousness, and often fail to recognize that they can have very negative effects. The latest drug to hit South Florida is called ‘flakka,’ also known as gravel, and it has led to a string of bizarre crimes, including two separate attempted break-ins to the Fort Lauderdale Police Department, both with the explanation that the perpetrators were convinced “someone was chasing them.” Behavioral changes can take place within as little as three days of smoking flakka, and it can also be snorted or injected, which gets the drug into the bloodstream even more quickly.

Synthetic drugs are considered Schedule I drugs, meaning that there is little to no medical use for them, and it is possession and distribution of Schedule I drugs that is prosecuted most aggressively in Florida. Whether the charge will be a misdemeanor or a felony depends on the amount of the drug that you are caught with – generally, over 3 grams will be a felony, while less than 3 grams will be a misdemeanor, though there are always exceptions.

If you have been charged with possession or distribution of synthetic drugs, you are facing a serious charge. Given Florida’s location and unofficial status as a drug capital, any drug case will be prosecuted seriously, but even misdemeanors have stiff penalties, carrying up to 1 year in jail, plus $1,000 in fines and costs and 1 year of probation. Felonies can carry $5,000 fines, plus probation and up to 5 years in prison. There is an amount of discretion that a judge can exercise, but it will depend on the facts of your situation.

It may be possible to assert a defense to a charge of drug possession. Depending on the facts, the evidence against you may have been gathered as a result of an illegal seizure. Another common defense is that you had no knowledge of the presence of drugs in your home or car; a prosecutor must prove that you had ‘dominion and control’ over the drugs before moving forward. It is important to keep in mind, also, that Florida has what is called the overdose defense – if you are experiencing an overdose and require medical attention, any evidence of drug possession gleaned from that medical attention cannot be used to prosecute you.

Drug crimes are serious, and if you have been charged with one, you need an experienced attorney who understands the stakes. The West Palm Beach drug crimes attorneys at Perlet, Shiner, Melchiorre & Walsh, P.A. are happy to work hard for you. Contact our offices today for personalized attention.