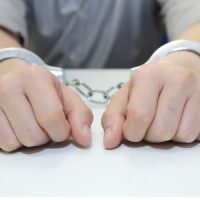 Not every marriage begins on the right foot, but there are those that seem doomed from the start. In March 2022, a newlywed couple from Naples spent their wedding night fighting with each other, resulting in battery charges for both bride and groom. Both halves of the couple refused medical treatment, but may still face minor civil penalties for the damage done to their hotel room. If you and your spouse have wound up in a similar situation, it may be a good idea to contact an attorney experienced in domestic violence cases.

No Such Charge As ‘Domestic Violence’

Florida law defines domestic violence as any criminal offense resulting in injury or death, committed by a “family or household member” against another family or household member. This includes not only spouses, but also unmarried co-parents, ex-spouses, people related by blood or marriage, and people who either are (or were) living together as a family, whether related or not. The law does mean any criminal offense, causing any injury – while a state’s attorney may be less likely to charge a case where the injuries were minimal, they are generally within their legal authority to do so.

Each Case Is Different

If you and your spouse get into an altercation and commit battery against one another, it may be that both of you will be charged with battery, as in the Naples case. However, depending on the other factors in the situation, a Florida state’s attorney may choose to charge only one of you, or neither one. If both of you are injured, law enforcement will try to ascertain which one of you was the primary aggressor, who is then the most likely to face criminal charges.

If you are charged, keep in mind that the minimum term of imprisonment for domestic violence is 10 days (15 days if committed in the presence of a minor child) – but nothing in the law prevents a court from sentencing someone to a longer term of incarceration, depending on the specific offense. The Naples bride and groom, if convicted, could face anywhere from 10 days to 1 year in jail (the maximum sentence for battery), but depending on the offense, the sentence may be far stiffer.

While it remains to be seen whether the domestic dispute at the Naples Hilton Hotel will result in criminal convictions, it is important to be aware that domestic violence cases look very different depending on who is involved and the nature of the actual alleged violence. If you and your spouse have gotten into a fight that got out of hand, a West Palm Beach criminal attorney from the firm of Perlet & Shiner, P.A. can help guide you through the legal process. Contact our office today to speak to an attorney.