Arrested With Drugs During A Florida Traffic Stop 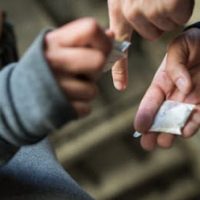 Many of the convictions gotten in Florida courts begin with a traffic stop. If you are stopped while driving and caught with drugs, you will be charged with the same drug crimes as anyone whose home or office was searched pursuant to a valid warrant. However, the legality of vehicle searches is different than searching a home or office. If you suspect that there was a problem with the traffic stop, it may be enough to get you off the proverbial hook.

Traffic Stops Must Be Lawful

In general, law enforcement must have a valid, lawful reason for pulling over a motorist or bicyclist; they cannot simply stop a driver because they wish to. For example, if a vehicle has expired license plates, or the driver is observed texting and driving, a law enforcement officer can lawfully pull that person over and write them a ticket. If no reason for the stop exists, it is unlawful, though unfortunately, this does not deter some unscrupulous law enforcement agents from trying to make one up. A Miami man was convicted on drug charges after law enforcement pulled him over claiming his air freshener obstructed his view, but the conviction was overturned on appeal.

If a traffic stop is later determined to have been unlawful, any evidence of any crime cannot be admissible in court, because of what is known as the exclusionary rule. The rule bars all evidence collected during an illegal search or seizure from being admissible in court, if it would be inadmissible under the Fourth Amendment of the U.S. Constitution. During the process of writing the ticket, that officer can ask questions and look around for things that are in plain view, but they cannot search the vehicle or its inhabitants without probable cause.

Probable Cause For Vehicle Searches

Probable cause is a difficult concept to define. In general, Florida law states that it exists for law enforcement officers when they have a reasonable belief that an offense has been committed and that the person they seek to arrest committed it. The word “reasonable” is subjective, simply because every case is different, but just because there is room for debate on that score does not mean that a State’s Attorney cannot build a case against you regardless. Searching for drugs without probable cause makes that search illegal.

If a State’s Attorney chooses to try and prosecute you with evidence that should not be admitted, the best thing to do is enlist an experienced drug defense attorney, who can craft what is known as a Motion to Suppress. Florida’s constitution, as well as the federal constitution, establish a person’s right to be free from unlawful searches in their “persons, houses, papers, and effects” – admitting evidence obtained as a result of law enforcement overstepping their bounds is a direct violation of that right.

If you have been stopped with drugs in your possession, you may wind up charged with an offense – but in order to charge you, any evidence against you must be obtained lawfully. If you were arrested after a traffic stop, and you have questions or concerns about its legality, a West Palm Beach drug crimes attorney from the firm of Perlet, Shiner, Melchiorre & Walsh, P.A. may be able to assist you. Call our offices today to speak to an attorney.