Can Drug Dealers Be Charged With Murder? 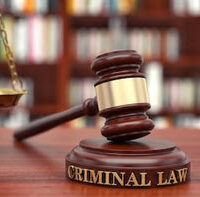 Florida has a reputation as a state with strict laws and tough sentences for anyone convicted of a crime. Drug dealers in particular face stiff penalties and long sentences. However, a debate has cropped up in recent months and years surrounding the responsibility of drug dealers when their buyers die. If you have been arrested for dealing drugs, it is important that you remain aware of your rights not only in connection with drug offenses, but also in even more serious offenses.

Florida takes drug offenses extremely seriously, and if you are convicted of drug dealing in particular, the penalty is severe. Dealing or possessing with intent to sell is viewed more harshly than simple possession in most cases, because the potential to harm the public is much greater in general. This is even true for cannabis offenses, because while possession of small amounts of cannabis is a misdemeanor, dealing or possessing cannabis is still considered a felony (the degree depends on the amount).

It is possible to argue what are called affirmative defenses at trial, giving a judge or jury a valid reason to acquit you. For example, Florida observes a doctrine called constructive possession, under which a prosecutor has to prove both that you knew of the drugs’ presence on you or in your home and that you had “dominion and control” over the drugs. If one element cannot be proven, then the case cannot be made beyond a reasonable doubt.

Florida’s first-degree murder statute has allowed for cocaine and heroin dealers to be charged with murder in the event of a fatal overdose since the early 1980s, with the legislature reasoning that such a step was warranted – after all, fewer drug dealers would in theory mean fewer overdoses and deaths. However, this law has almost never resulted in conviction for any dealer, for a variety of reasons – most often, it is simply too difficult to trace drugs back to the street dealer who sold them. In addition, street dealers are often not aware of the exact makeup of what they sell – they may advertise their product as cocaine, but it may be cut with something even they are not aware of.

In 2017, then-Governor Rick Scott signed an amendment to the law which added fentanyl to the list of dangerous drugs for which sale might mean a murder charge. However, since then, there has been a backlash against what many see as an unduly harsh law – such draconian sentences for drug dealers is generally an unpopular position, and evidence shows that stiff penalties do not deter drug crimes because so many convicted are small-time addicts seeking a high. Yet some prosecutors’ offices, most notably in the Fourth Circuit, have signaled their willingness to try drug dealers for murder anyway. It must be treated as a possibility.

While being charged with drug dealing or other drug crimes in Florida is serious enough, you should be aware that in rare situations, murder charges may also be on the table. Either way, a knowledgeable and zealous West Palm Beach criminal attorney is a crucial person to get on your side – the firm of Perlet, Shiner, Melchiorre & Walsh, P.A. has years of experience in these cases and will work hard for you. Contact us today to speak to an attorney.