Can A Domestic Violence Conviction Be Expunged In Florida? 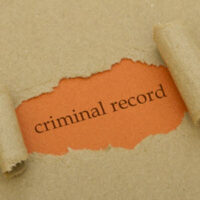 Obviously, the best way to avoid having a criminal record is to avoid entanglements that might lead to criminal charges. However, if you are unfortunate enough to have a criminal record in Florida, you may be able to go through what is known as an expungement. Expungement is when a certain criminal offense is removed from one’s record – but in Florida, only certain crimes may be erased. Domestic violence offenses are so varied that some may be expungeable, in certain circumstances, while others are never eligible.

Expungement law in Florida can be complex and vary almost from case to case. However, there are a few hard and fast rules that remain the same. Namely, if you were found guilty, pled no contest, or admitted to committing the offense in question, you cannot expunge or seal any of the proceedings related to that specific offense. This is true even if a court ultimately withholds adjudication, because Florida law makes criminal records public, which means that your plea would still be available to anyone doing a background check.

In addition, Florida law establishes a list of offenses that are ineligible for expungement or sealing under any circumstances. Several crimes that are defined as domestic violence offenses appear on it, including stalking, false imprisonment, assault, and battery – specifically assault and/or battery committed by one family or household member against another, as stated in Florida’s legal definition of domestic violence.

If you have been arrested for domestic violence, it is perhaps best to focus on avoiding the creation of a criminal record in the first place, rather than worrying about expungement. There are two major options one may be able to use to avoid a criminal record. The first is to try and gain admittance to a pretrial diversion program, though many of these are restricted to nonviolent first-time offenders. Pretrial diversion programs offer an alternative to jail sentences, usually in the form of classes like anger management, as well as probation.

The other option is to simply try and reach an agreement with the prosecutor to avoid any type of criminal charge that does not qualify for expungement. Obviously, the likelihood of success in this type of endeavor will differ with every case and every prosecutor – but it may be something to try if you and your attorney feel that it has a chance of succeeding.

Unfortunately, according to Florida law, most if not all offenses characterized as domestic violence crimes will not qualify for expungement or sealing of one’s criminal record. However, this does not mean that you are without options to avoid a criminal record if you have been charged. Contacting a West Palm Beach criminal attorney from the firm of Perlet, Shiner, Melchiorre & Walsh, P.A. can be the first step toward ensuring your rights are protected. Call our offices today to speak to an attorney.