Consequences of a Probation Violation

If you were given probation due to a crime you committed, you likely have a set of rules to follow, including abstaining from drugs and alcohol, paying fines, and regularly meeting with a probation officer. These rules are enforced strictly and taken quite seriously, as probation exists as an alternative to jail time. However,… Read More » 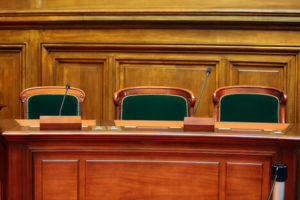 I Was Arrested for a Probation Violation. What Now?

According to Chapter 948 of the Florida Statutes, a criminal offender may be granted probation in lieu of a sentence. As part of this arrangement, the individual must maintain contact with a community supervision, parole, or probation officer and abide by certain court-ordered conditions, such as paying restitution, performing community service, or other terms…. Read More »