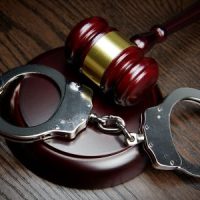 In early 2022, a judge in the Federal District of Maryland sentenced an Orlando woman to 16 years in federal prison for committing ‘interstate domestic violence’ against a minor. The woman confessed to kidnapping a 17-year old female at gunpoint, as well as duct taping the hands of the teenager’s grandmother and threatening and intimidating another teenager, among other criminal acts. While most domestic violence occurs between adults, it would be remiss to ignore the fact that often, those under age 18 can be victims as well, at least under Florida’s fairly expansive definition of domestic violence. If you have been accused of harming your children via domestic violence, be aware that you will likely be judged harshly.

Following the logic of the legislature, it is possible, though somewhat rare, for a person to be charged with child abuse or child endangerment in Florida – and then to be sentenced as someone who has committed domestic violence. Minor children can be “family or household members,” of course – and the statute explicitly states that any criminal offense that can cause physical injury or death may qualify under the domestic violence umbrella. Child abuse or endangerment can do that. The Orlando woman was charged with ‘interstate domestic violence’ under a federal statute, but in Florida, the relevant law is broader.

Even if you have not harmed your children physically, it is a long-established fact that children who witness intimate partner violence are harmed in the long-term. Florida law actually holds that if domestic violence is committed in the presence of a child 16 years of age or under, the sentencing ‘points’ (used to determine how many years a convicted offender should spend in jail) should be multiplied by 1.5. The welfare of children is one of the primary concerns of the state of Florida (and its legislature), and even if you do not cause physical harm to your children, you will be punished for causing them other types of harm if you are convicted.

Society does not look with favor on people who have been convicted of domestic violence, but domestic violence against a minor is seen as particularly depraved and unprincipled. If you have been charged with domestic violence, and your children were involved, you need an experienced West Palm Beach criminal attorney who will work hard to give you your day in court. Call the offices of Perlet, Shiner, Melchiorre & Walsh, P.A. today to speak to an attorney.