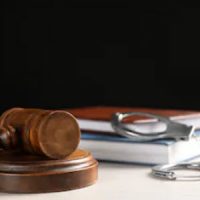 On June 25, 2021, a federal judge in Tampa sentenced a drug dealer to life in prison after ordering the body of a deceased overdose victim to be dumped in a vacant lot. The dealer and his girlfriend were charged with and found guilty of several drug distribution offenses, including conspiracy to distribute both methamphetamine and fentanyl that resulted in death. Florida law is somewhat unique in that it allows drug dealers to be charged in the deaths of those who overdose on their products.

Drug Dealers May Be Guilty Of Homicide

Florida has a long history of drug crime, requiring major legislative changes and police firepower to change for the better. Its geography makes it an optimal location for smugglers coming from the Caribbean and other points south, and additionally, it developed a reputation as a “pill mill” capital in the 1990s and 2000s. As a result, the state’s drug laws are some of the harshest in the United States. However, these laws have led not to a steep drop in drug offenses; rather, they have driven addicts to seek street drugs instead of prescriptions.

As a result of a marked increase in consumption of street drugs like heroin and methamphetamine, Florida’s legislature toughened criminal laws against drug dealers. In 2017, then-Gov. Rick Scott signed a bill into law that essentially made certain drugs murder weapons, and placed drug dealers on the proverbial hook for overdose deaths if it could be established that the overdose was the proximate cause of the person’s passing. In short, instead of a tragic accident, overdose deaths in Florida may be seen as murders in certain situations.

You Have The Right To Defense

In the case in Tampa, the drug dealer was not charged with the person’s death, only with the mishandling of their body. However, if you find yourself in the unenviable position of being caught distributing drugs, it is a bad idea to count on judicial discretion to avoid a charge of homicide. Most Florida prosecutors are aggressive in pursuing these types of charges, given how potentially damaging they can be to society as a whole. That said, you do have the right to defend yourself.

There are often several avenues of attack against the prosecution’s case. If you have been stopped with enough of a drug to warrant a trafficking charge, in particular, there are very specific criteria that law enforcement must meet in order to get a conviction. For example, if you can establish that you did not knowingly “sell, purchase, manufacture, or deliver” the drugs, the charge would then have to be reduced to one of simple possession, because knowledge is a critical component of distribution or trafficking charge.

Florida law is aggressive in pursuing drug offenders, but everyone has the right to defend themselves. If you have been charged with drug-related offenses, the West Palm Beach drug crimes attorneys from the firm of Perlet, Shiner, Melchiorre & Walsh, P.A. may be able to assist you in getting through the legal process. Contact our offices today at 561-721-0552 to speak to an attorney.