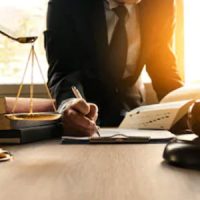 Domestic violence is an offense that is taken very seriously in Florida, because it is seen as a crime against society, not just against an individual victim. If a person is charged with a crime of domestic violence, they can face serious consequences depending on the nature of their situation. However, it is possible in most cases for an experienced attorney to cast enough doubt on your guilt or innocence where you may wind up with an acquittal. Contacting one is a good idea.

The Underlying Offense Is Key

In Florida, it is important to understand that there is no one specific crime called “domestic violence;” rather, the underlying crime is charged and the fact that the situation is domestic is used as a sentencing enhancement. Because of this, the easiest way to defend against accusations of domestic violence is to cast reasonable doubt on the underlying offense – for example, if you are accused of domestic battery, but the state’s attorney cannot establish that battery occurred, you will likely be acquitted entirely.

If you cannot establish that no crime took place, another type of defense against domestic violence charges is to argue that extenuating circumstances were present – for example, if both you and your alleged victim were injured, you could argue that the altercation was mutual (thus, any guilt would be mutual). Another common variant is to argue self-defense or that you were utilizing Florida’s “stand your ground” law (in other words, trying to establish that any use of force against the alleged victim was justified).

One action that will not be of any help in trying to avoid conviction is trying to convince the victim to drop the charges. Too many people think that the victim has the right to start or stop a domestic violence case; in reality, whether or not to try a criminal case is up to Florida’s states’ attorneys. Even if the victim in your situation refuses to cooperate, a state’s attorney may still choose to pursue charges against you if they believe your case is serious enough.

Tempers can run high in a domestic violence case. If you have questions or concerns about yours, calling a West Palm Beach criminal attorney from the firm of Perlet & Shiner, P.A. can help to ease your mind. Call our office today at 561-721-0552 to speak to an attorney.