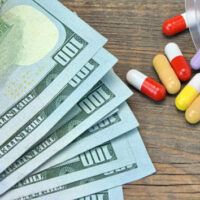 In early April 2021, a Naples physician was arrested after Collier County law enforcement executed a warrant on his home and found nine “sloppily constructed” items that were thought to be improvised explosive devices, as well as three creations thought to be improvised mines. In addition, detectives found enough of several different drugs to “exceed trafficking quantities,” including marijuana, oxycodone, and Tramadol. The doctor was charged with multiple drug offenses, and may face more charges as law enforcement continues to investigate. If you are stopped with drugs, or your home is searched, it is important that you understand what is required to trigger a trafficking charge.

Drug charges in Florida tend to fall into one of three categories – possession, sale or distribution, and trafficking. Possession charges are fairly self-explanatory; if someone is found to possess or control a quantity of drugs, they can face charges, usually at a misdemeanor level.  Sale or distribution charges can vary in terms of severity, depending on the schedule of the drug in question (both Florida and federal law group drugs into Schedules I-V, with Schedule I drugs being the most ripe for abuse).

Trafficking charges are similar to distribution charges in that both of them will depend on the type of drug involved, and the amount in question. Florida law, like many other states’, does not require intent in order to charge someone with drug trafficking; if someone is in possession of enough of a drug, the prosecutor can then charge them with trafficking. For example, the Naples doctor was found to possess 30 grams of oxycodone – Florida law states that if someone is found in possession of 7 grams or more, there is a basis to charge them with trafficking – a first-degree felony.

If you are caught with enough drugs to trigger a trafficking charge, it is crucial to understand how serious it may be. The majority of trafficking charges are felonies of the first or second degree, which means double-digit prison sentences and fines in the tens of thousands of dollars. This may pile up exponentially if you face multiple charges – the Naples doctor will face at least four separate trafficking charges, all of which may carry such heavy sentences.

It is possible in rare circumstances to assert a defense to drug trafficking, but few situations will merit it. If you were entrapped by law enforcement (that is, you were either pushed or coerced into committing the crime, when you would not otherwise have done so), you may be able to assert this as an affirmative defense. Other law enforcement missteps like an illegal search and seizure may also serve as grounds for acquittal or at least mitigating circumstances. Regardless, it is highly suggested to contact an experienced attorney who can help you in this type of case.

The case against the doctor from Naples continues, but if you find yourself charged with drug trafficking, it is crucial that you contact a West Palm Beach drug crimes attorney to ensure that your rights are properly protected while going through the legal process. The firm of Perlet, Shiner, Melchiorre & Walsh, P.A. has experience in these types of cases, and is happy to put it to work for you. Call our offices today to speak to an attorney.