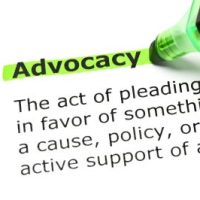 In February 2022, a professor from Florida State University (FSU) was sentenced to 90 days in Leon County’s jail, plus three years’ probation, after a 2020 incident in which he chased his wife with a butcher’s knife and threatened her. He pleaded no contest to the charges, which also included violating his pretrial release conditions. The professor has a history of alcoholism after a family tragedy, but while these factors can mitigate the harshness of a sentence, they cannot help someone avoid a conviction if it is warranted.

Many Possible Components Of A Sentence

Domestic violence is defined extensively in Florida as any criminal offense that results in physical injury or death, committed by a family or household member against another family or household member. What this means is that crimes against one’s spouse are not the only ones that fall under the domestic violence umbrella, but also crimes against, say, a co-parent, a family member related by blood or marriage, or people in a dating relationship.

When a person has been convicted of any crime of domestic violence, they may fear jail time, but in many situations, jail time is very minimal unless the specific crime was particularly egregious – indeed, the relevant statute only requires a minimum of 10 days’ jail time in the event of bodily harm, and 15 days if the crime took place in the presence of a minor under age 16. The statute explicitly states that someone can be sentenced to more time, but it is not specifically required.

While any amount of jail time can change a person, it is the other potential consequences of a domestic violence conviction that can cause more problems. Like many convicted of domestic violence offenses, the FSU professor is required by law to complete a batterers’ intervention program (BIP) as a requirement of his probation. While someone who makes a professor’s salary may be able to afford the cost, the law does require the alleged batterer to foot the bill for the program, which can in turn cause difficulty for lower-income defendants.

In addition to the jail time and required batterers’ intervention program completion, someone convicted of a domestic violence offense will also often have to pay fines and court costs, as well as losing certain rights. Both Florida state and federal law, for example, bar someone with a domestic violence injunction or conviction from owning or possessing a firearm. In addition, if the person is ever divorced from their spouse, any evidence of domestic violence will create a rebuttable presumption that it would not be in the children’s best interest to have a relationship with that parent.

One hopes that the FSU professor and his family are able to find some kind of peace after their ordeal. If you have been charged with domestic violence, you have the right to your day in court, to make sure your side of the story is heard. Contacting the West Palm Beach criminal attorneys from the firm of Perlet, Shiner, Melchiorre & Walsh, P.A. may be the first step in getting through your own ordeal. Call our office today to speak to an attorney.