How Is Bail Handled In Florida Domestic Violence Cases? 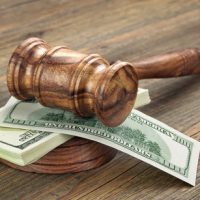 Domestic violence is seen as a serious offense under Florida law, with really extreme cases being cause for long prison sentences. In situations where the offense is less severe, the average domestic violence defendant may try to obtain release on bail, as one can do with most other crimes. While some domestic violence-related crimes do have the option of bail, some do not, and an experienced attorney can help you tell the difference.

Florida defines a crime of domestic violence broadly – but within that range, there are specifics. The relevant statute states that domestic violence is any criminal offense that “results in physical injury or death” to a person, committed by someone who is a “family or household member” of theirs. This in turn is defined as a spouse, ex-spouse, co-parent, people related by blood or marriage, and/or people who have been (or are) residing together as a family.

The statute does list certain offenses as examples, such as assault, battery, false imprisonment, and kidnapping. These, among others, are serious crimes – and depending on the specific facts of your situation, it is possible for a judge to deny bail. This is not specifically because the offense counts as a crime of domestic violence, but just because of the ‘wrong to society’ done by the original offense.

Can I Obtain Early Release?

Most crimes which allow bail in Florida are part of a standard procedure that allows the alleged perpetrator to simply pay the fee and get out of jail. With domestic violence-related offenses, monetary bail may be impossible, but ‘early release’ may not. Domestic violence defendants will generally be held until their first court appearance, but once that appearance has been attended, it is possible – though unlikely – that the judge will permit your early release.

In order to even be considered, a defendant must consent to certain conditions, including (but not limited to):

It is important to keep in mind that even if you consent to the court’s conditions, the court is not required to grant early release. That decision is solely up to the judge in your case.

If you commit a crime in Florida, the court will generally offer you the chance to make bail, except in cases involving three types of crimes: if you have committed a life felony, a capital crime, or certain offenses involving domestic violence. A West Palm Beach criminal attorney from Perlet & Shiner, P.A. can help you if you have been charged with an offense of domestic violence. Call our office today to speak to an attorney.