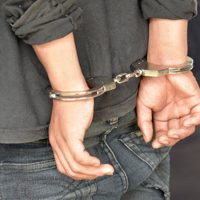 Domestic violence is generally seen as a crime against society, which is why it is prosecuted so aggressively in most states (Florida included). It can profoundly affect the lives of both the alleged abuser and the victim, both in and out of the criminal courtroom. One of the major ways this may be so is in the area of immigration – depending on the specific situation in your case, a domestic violence arrest may play a role in your deportation. You may wind up needing the services of an immigration attorney – but you should also enlist an experienced domestic violence lawyer to get you through this part of the process.

In Florida, there is no specific crime of domestic violence; rather, the status applies to any criminal offense that “causes injury or death” to a “family or household member,” perpetrated by another family or household member. The relevant statute defines that status as not only including spouses, but also ex-spouses, people who are related by blood or marriage, co-parents, and people who are (or have been) residing together as a family unit, and requires that perpetrator and victim must live together (with the exception of unmarried co-parents).

Too many people think that one can only be charged with domestic violence if they physically batter their spouse, but there are many different behaviors that qualify, and many people who may be victims, at least under Florida law. If you are charged in a domestic dispute, you may be charged with the underlying offense, but the ‘domestic violence’ designation can make the sentence longer and harsher. In addition, it creates a rebuttable presumption that you have poor moral character – which can create big problems in immigration court.

Immigration law is very different from standard civil or criminal law – its courts are not even governed by the same section of the Constitution. The standards that individuals must meet in order to qualify for visas, temporary or permanent residence, or citizenship are stringent in the extreme, and many of them require evidence of good moral character. Failure to show that trait can lead to a person being deemed inadmissible (if they are seeking admission to the U.S.) or, in some cases, to a finding that a person is deportable if they already live in the country.

U.S. immigration law takes note of certain types of offenses, known as crimes of moral turpitude (CMTs) and aggravated felonies (AFs). A CMT is any offense that involves dishonesty, fraud, or conduct that could be called “vile, immoral, or depraved” – and some domestic violence episodes certainly fit into this category. If a non-citizen commits one or more CMTs, or commits multiple CMTs within a 5-year period, they are legally inadmissible or deportable in almost every situation. This means that you can be forcibly removed from the U.S., if the conviction is serious enough.

If you have been charged with domestic violence, it is crucial that you have an attorney on your side who understands how to handle these matters – a domestic violence attorney who does not understand the interplay between the two legal systems may land you in hot water when you have done little to deserve it. A West Palm Beach criminal attorney from Perlet & Shiner, P.A. can ensure that you have the best chance possible to protect your interests. Contact our office today to speak to an attorney.