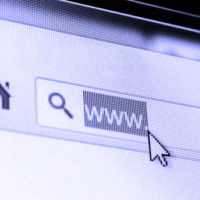 Attorney Marc Shiner recently defended former country radio personality Bruno Moore against allegations that he solicited sex from a 13-year-old girl over the internet. Moore was the first person in the history of Palm Beach County to be tried for soliciting sex from a minor over the internet without a meeting occurring between the child and the suspect. The case ended in an acquittal.

Mr. Shiner says that this outcome is proof that the system works. Because Moore did not ever physically meet the girl and no meeting was ever even scheduled, the fact was that he did not actually commit a crime in the eyes of the law.

The prosecution argued that intent was enough to convict Moore of a crime based on 2006 law. Shiner returned that typing graphic sexual messages into a computer isn’t enough to make you a child molester, and implored the jury to consider the law without emotional bias. They did so, and returned a verdict in Moore’s favor.

Read more on this case online via The Sun Sentinel.