Is Self-Defense A Defense To Domestic Violence Charges? 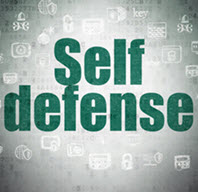 Florida’s law on domestic violence is expansive, encompassing many different potential crimes against many different people. However, it does allow for what are known as affirmative defenses, which a defendant can use in court to try and argue in favor of their innocence. Self-defense is arguably the most commonly used among them, though there can be an extremely fine line between committing domestic violence and acting in self-defense. Either way, an experienced criminal attorney is vital if you are facing such charges.

Many Crimes Are ‘Domestic’

Domestic violence is not its own specific crime under Florida law; rather, the law covers a host of crimes that are considered domestic violence if committed against a “family or household member.” A family or household member can be not only a spouse or child, but also former spouses, co-parents, people related by blood or marriage, and anyone residing together as a family (or people who formerly did). So, if you commit the crime of battery against someone who qualifies under that definition, it will qualify as domestic violence.

In short, ‘domestic violence’ is more a category than a crime, which means that in determining actual guilt or innocence, a judge or jury will use the characteristics of the underlying crime (such as battery or kidnapping). Self-defense is an affirmative defense that can, in theory, be used against many different charges, including any of the crimes that may qualify as domestic violence. However, actually establishing that you acted in self-defense can be quite difficult, depending on the situation.

Self-defense means that you admit you committed the act you were charged with, such as assault or false imprisonment, but that your actions were justifiable at the time. Under Florida’s notorious Stand Your Ground law, the use of non-deadly force is justifiable to protect oneself or others from someone else’s unlawful use of force. Unlike in many other states, however, Florida imposes no duty to retreat on the person who is acting in self-defense. If the person has a reasonable belief that self-defense is justified, they do not have to step back from using force for that purpose.

That said, there are some domestic violence cases in which self-defense may not be a valid claim, because your alleged victim may have the same rights as you. For example, you cannot use force against your spouse trying to come into the house, because they generally have the same right to be there as you (unless one of you is the subject of an injunction that requires no contact with the other spouse). However, if you can establish that there was an imminent threat, and a reasonable person would have acted in the same manner that you did, you may still have a chance of ensuring the self-defense argument prevails.

While each domestic violence case is different, you have the right to assert self-defense in response to domestic violence charges if that is how the situation unfolded. The West Palm Beach criminal attorneys at the firm of Perlet, Shiner, Melchiorre & Walsh, P.A. can help ensure that your rights are protected in court, and that you get the fairest possible outcome in your case. Contact our offices today to speak to an attorney.