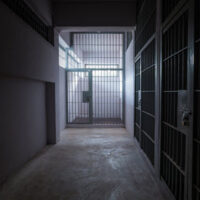 For the second time, State Rep. Anna Eskamani has filed legislation seeking to repeal certain mandatory minimum sentences for non-violent drug offenders. The original attempt at repeal died in subcommittee in March of last year, but there has been a groundswell of support for repeal for years now; several studies show that harsh punishment for non-violent drug offenses does not actually deter future offenses. It remains to be seen what may happen with those who are convicted before any legislation passes, but it is worth keeping an eye on the bill’s trajectory.

Florida’s drug laws are considered quite harsh, though they come from an unfortunate history of having to contend with foreign cartels, as well as prescription drug fraud and so-called “pill mills.” Part of these harsh regulations on drug possession and distribution are mandatory minimum sentences, which are non-negotiable jail terms handed down upon conviction of a certain crime – for example, if someone is convicted of possession of more than 14 grams of amphetamine, they will be sentenced to at least 3 years in prison, plus a fine of at least $50,000. More may be added, depending on the specific nature of the case.

Before stronger sentencing guidelines were passed in 1983, the state used a point system to assess the strength of a sentence. However, the late 1970s – early 1980s were a high point in Florida’s drug wars, where foreign cartels sought to move cocaine through the state and essentially staged a full-scale gang war with the U.S. government; at the time, the new guidelines were seen as a necessary measure to check the power of the Colombian cartels.

While the 1983 sentencing guidelines made sense at the time, both the nature of drug offenses and drug offenders have changed. Statistics from 2019, published by the Crime & Justice Institute, show that not only do sentences in Florida routinely exceed the minimum by a degree that is remarkable, there is no real evidence that they curb crime, particularly drug crime. Instead, mandatory minimums saddle people with no evident violent intent with a criminal record that can actively hamper them later in life. Florida law allows potential landlords and employers to bar applicants based on a single mistake in life, which can be manifestly unjust.

If you have been charged with a drug possession offense, it is important that you know your options, and know what rights you have. You may, for example, be able to negotiate attending drug court or another pretrial diversion program if this is your first offense, as opposed to going to trial. Not every drug defendant must go to trial, but repealing mandatory minimums would make the system more equitable for those who have no intent to be a burden on society.

While it remains to be seen how Rep. Eskamani’s bill will fare in the Florida legislature, your drug case should be handled by an experienced attorney who understands the little details in the system. The West Palm Beach drug crimes attorneys at the firm of Perlet, Shiner, Melchiorre & Walsh, P.A. can offer knowledgeable representation during a time in your life that can be very scary. Call our offices today to schedule a consultation.