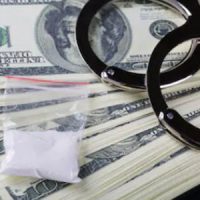 When someone is arrested and charged with a drug offense in Florida, the charge is serious even if it is a misdemeanor. The state has some of the harshest drug laws in the country, and state’s attorneys prosecute most crimes involving drugs particularly harshly (these offenses are seen as damaging society as a whole, rather than as victimless crimes). It is possible to assert what are known as affirmative defenses at trial, but your attorney can also introduce evidence of what are called mitigating circumstances on your behalf.

Drug-related offenses are often highly charged trials in Florida, and the sentences imposed upon conviction are very serious. Florida does impose mandatory minimum sentences for those convicted of certain crimes – for example, if you are convicted of possession of more than 7 grams of LSD, you must, by Florida law, receive a sentence of at least 7 years. Judges have fairly broad discretion to alter sentences in Florida unless there is a mandatory minimum sentence on the books.

That point is where mitigating factors come into play. Florida’s sentencing rubric divides felony offenses into five different categories, with assorted positive or negative modifiers to be added depending on the nature of the offense (for example, robbery is usually a second-degree felony, but if a deadly weapon was used in the commission of the offense, it will be charged as a first-degree felony). Unless any mitigating factors are present, the score sheet will determine the number of months that a convicted felon must, by law, serve.

If you are ever in a situation where you have been charged with a drug offense, know that mitigating factors are used only in situations where you face a mandatory minimum sentence, and they will not get you off the hook, so to speak; rather, if a judge accepts mitigating factors in deciding your sentence, you may face less time, pay less in fines, or spend your incarceration in a mental hospital or other necessary treatment facility (if you are truly unwell).

Most convictions for drug offenses in Florida will come with a strong sentence, which is not generally possible to avoid. However, if there are truly reasons that you should serve less time, a knowledgeable West Palm Beach drug crimes attorney from Perlet, Shiner, Melchiorre & Walsh, P.A. knows how to present them to the court in the most effective way. Call our offices today to speak to an attorney.