No Tolerance For Drug Crimes 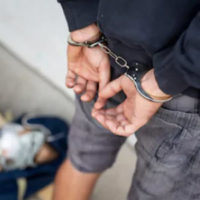 Florida is one of the states that sees the highest influx of illegal drugs, and as such, law enforcement has adopted a very tough stance on possession and distribution crimes. Even though some drugs like marijuana and ketamine are being found to have medical uses, they are still illegal for now, and being caught with drugs in your possession can have serious consequences for the rest of your life.

Florida has an unfortunate reputation as a state with a drug problem, for a variety of reasons. Drug trafficking is an enormous issue and has been since the 1980s, when Colombian cartels began to break in with cocaine (and cocaine-related deaths are still rising, reaching almost 3,000 in 2017). Methamphetamines have also been making a comeback in recent years, with production moving to Mexico after the U.S. began to restrict certain over-the-counter ingredients.

Even without taking into account the spread of foreign cartels and local street gangs, drug problems appear among Floridians in other ways. The current decade has seen a rash of so-called ‘pill mills’ in Florida, where unethical doctors would write prescriptions for painkiller addicts with little regard to the ruin it might bring. Floridians are no more or less inclined to drug problems than anyone else, but the unfortunate confluence of factors means that law enforcement must rigidly enforce the laws.

Florida law is unforgiving, and designed to teach those who break it a stern lesson. For example, even a misdemeanor charge involving possession of marijuana can result in one year’s suspension of your driver’s license. Possessing drug ‘paraphernalia’ such as pipes or syringes, even if no drugs are found on your person, is grounds for up to a year in jail and a $1,000 fine. Most drug convictions will be at least a third-degree felony, which carries up to 5 years in jail, plus fines and costs – but any kind of trafficking charge will be far worse, and trafficking charges carry mandatory minimums.

Prosecutors are not particularly inclined to cut deals on many drug charges, so if you have been charged with possession, intent to sell, intent to distribute, or anything else of this nature, you need an attorney who understands the potential consequences. Drug convictions are among the most corrosive to have on your record going forward, and employers can and do look unkindly on potential employees with these black marks on their record. An experienced attorney may be able to help you avoid conviction, and keep you from having to deal with the fallout later on.

Florida’s geography and history make drug offenses – especially trafficking charges – among the most actively prosecuted in the state. If you have been charged with any kind of drug offense, you need an attorney who understands the nature of the law, and will work hard to give you your day in court. The West Palm Beach drug crimes lawyers at Perlet, Shiner, Melchiorre & Walsh, P.A. have years of experience with these cases, and are ready to put it to work for you. Call us today for personalized attention.