What Can Victims Of False Domestic Violence Allegations Do? 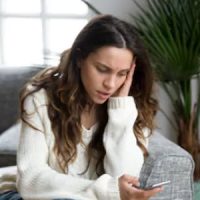 False allegations of crimes like domestic violence and child abuse are, in reality, much less common than popular culture might show them to be. However, they do happen, and can cause very real suffering to the accused person and their loved ones. Adding insult to injury is the fact that very few who make these false allegations ever face consequences. That said, if you have been falsely accused, be aware that you do have some ways to get your due from those who wronged you.

If you have been falsely accused of a crime of domestic violence, but you can establish that the allegations are truly without any support (as opposed to simply being ‘in dispute’), you have a good chance to be able to recover attorney’s fees, which can be significant. Florida has a provision in its law that allows the prevailing party to recover fees from the losing party if certain criteria are met: namely, that the claim they made had no support, either in fact or law. However, until 2018, no one had attempted to apply the relevant law to domestic violence cases (more specifically, injunction-related proceedings).

Florida’s Supreme Court held in Lopez v. Hall (2018) that the attorney fees statute did apply, according to the ‘plain language’ of the law itself. In other words, it applied in domestic violence-related cases because there was no reason it should not. While this may not feel like much, fees and costs can and do add up in these types of matters, and being reimbursed for fees can reinforce the fact that you were in the right.

In Florida, it is very rare for a person who has made false allegations to face any criminal penalties (though in many cases, it would be possible to seek convictions for perjury). Even if the alleged perjurer escapes criminal consequences, though, an injured victim can file a civil suit against them in the appropriate court in Florida. Depending on the specifics of your situation, it may be possible for you to seek damages against your alleged ‘victim’ for abuse of process, malicious prosecution, or other charges involving dishonesty.

If you are in the middle of a divorce (which is its own, specialized type of civil lawsuit), you may also be able to use the knowledge of the false allegations in your favor during a custody battle. In general, parents are presumed to be fit parents until evidence that they are not comes to light, but evidence of such ruthless dishonesty and/or ambition on the part of your co-parent might lead to a court considering you a better parent to whom custody should be granted.

Being accused of something that you did not do can be terrifying, particularly when the alleged crime has such high stakes as domestic violence incidents do. If you have been falsely accused and fear for your reputation (or your relationship with your family!), calling an experienced attorney is a must. A West Palm Beach criminal attorney from the firm of Perlet & Shiner, P.A. is happy to try and help. Call our office today to speak to an attorney.