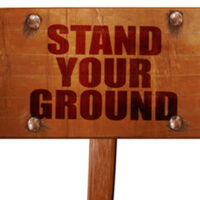 As they have done in successive years since 2012, a Florida Democratic State Senator or Representative has put forth a bill intended to repeal the state’s “stand your ground” law, with this year’s main sponsor being State Senator Shevrin Jones. Sen. Jones filed a similar bill in 2019, which died without a single committee hearing – but decided to make the attempt again this year given statistics that show the harm being inflicted on victims, particularly people of color and domestic violence victims. While a repeal looks unlikely, it is worth keeping in mind the potential changes in domestic violence cases if it ever does occur.

The proposed law is known as the Self-Defense Restoration Act (SDRA), and it would effectively overturn the “stand your ground” principles in Florida’s gun laws. It would establish a duty to retreat, particularly if a person knows that they can avoid using deadly force by doing so. In jurisdictions that do not have a stand your ground law, a duty to retreat generally exists, meaning that before one uses deadly force, they are required to try and avoid the situation, and the SDRA would reestablish that requirement in Florida.

Proponents of the change argue that “stand your ground” laws are simply bad policy, with no clear objective in mind, and that weaponizing the lack of a duty to retreat only leads to more people being injured or killed. Those who support “stand your ground” laws accuse Sen. Jones and his compatriots of lacking compassion for those who have been in life-threatening situations, and say Florida’s previously-existing self-defense laws were not sufficient for protection. A variety of views on the topic exist.

In domestic violence cases, “stand your ground” laws, in theory, help the alleged victim’s case, because they allow the victim to use deadly force without fear of being charged for it. However, statistics do not necessarily bear this statement out – in fact, statistics tend to show that “stand your ground” laws are instead used as a metaphorical weapon against victims, particularly if they are female or people of color. Statistics from Everytown, a gun safety group, show that in states with “stand your ground” laws, homicides in which white defendants shoot and kill people of color are ruled justifiable five times more frequently than if the races are reversed.

The repeal of Florida’s “stand your ground” law would actually protect those accused of domestic violence more often, because then the alleged victim would have no right of immediate self-defense unless they could demonstrate that they tried to retreat before using force. So, if you are accused of domestic violence, but you were also struck by your alleged victim, it is conceivable that both of you might be charged because self-defense would not automatically be assumed on the part of the alleged victim.

While even Sen. Jones is somewhat pessimistic about the chance for his bill’s passage this term, it is worth keeping an eye on its progress, especially if you have been charged with domestic violence in Florida. The state’s law on self-defense and a duty to retreat (or lack thereof) can be a crucial part of a domestic violence defense, and it is important to understand the ramifications of a potential change. The West Palm Beach criminal attorneys at Perlet, Shiner, Melchiorre & Walsh, P.A. are ready and willing to try and assist you with your case. Contact our office today to speak to an attorney.