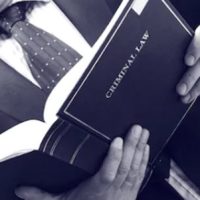 When asked to define domestic violence, the average person usually thinks of a husband who initiates a violent altercation with his wife, and is later arrested and charged (or ignored, depending on the severity of the incident). In Florida and many other states, however, the law defines crimes of domestic violence in a much more expansive way. Not only spouses are covered by the law, and many more offenses than simple battery will fall under the domestic violence umbrella.

The definition of domestic violence in Florida law is “any criminal offense resulting in physical injury or death,” committed by a “family or household member” against another family or household member. The statute lists several specific criminal offenses, among them assault, battery, sexual assault, kidnapping, and false imprisonment, but these are not meant to be to the omission of all else; rather, the intent is to explicitly classify the listed crimes as domestic violence without excluding others.

The term “family or household member” is also specifically defined. Spouses are included, but so are former spouses, co-parents, people related by blood or marriage, and people who are living together as a family (or did formerly). All except co-parents must be living under the same roof when the alleged offense occurs. Committing any crime against someone from any of these groups will fall under the domestic violence umbrella if it results in physical injury or death – if it does not, the charges, if any, will likely be up to the state’s attorney.

“Domestic Violence” Is Not A Specific Crime In Florida

The most important thing to understand about Florida’s domestic violence statute is that it does not create a specific crime of domestic violence. Rather, it groups crimes under the domestic violence heading – for example, if someone commits battery by strangulation against a family or household member, they would be charged with battery, not ‘domestic violence.’ Domestic violence is taken into account at the sentencing phase, as an enhancement of sorts – if someone is convicted of a crime that, say, would have been a first-degree misdemeanor, it may become a third-degree felony.

It is important to understand how broad Florida’s domestic violence statute is, because too often someone gets into a physical incident with someone, but they do not realize that the domestic violence label will apply. Even if you are not convicted, a domestic violence-related arrest may stay on your record for a long time, and be accessible by future employers or landlords. You must be ready to act, and to get the right help to protect your future.

If you are charged with a domestic violence offense in Florida, it is crucial that you take it seriously, because it can affect your future in several different ways. A West Palm Beach criminal defense attorney from the firm of Perlet, Shiner, Melchiorre, and Walsh, P.A. can help guide you through the legal process. Contact our offices today at 561-721-0552 to speak to an attorney.