Can A Drug Offense Affect My Immigration Status? 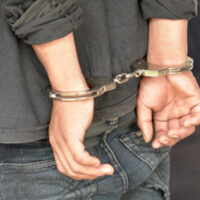 If an immigrant to the United States is convicted of a crime, not only do they face possible criminal penalties, they can very often face immigration consequences. Drug offenses in particular can cause problems – even a conviction for simple possession – because they are seen as crimes involving poor morals, which can trigger consequences up to and including unceremonious deportation from the country. If you are an immigrant who has been charged with a drug crime, it is crucial that you understand both types of consequences that you could face.

Depending on the nature of the drug offense you have allegedly committed, you may face consequences that range from 1 year in jail to a lifetime behind bars. However, even the most misdemeanor of offenses that involve a controlled substance can be grounds for either inadmissibility or deportability – in other words, it can prevent you from legally entering the United States, and it can require that you be legally removed from the United States. Drug convictions are seen as proof that someone lacks good ‘moral character,’ which goes a long way with U.S. Citizenship and Immigration Services (USCIS).

There is only one specified exception to this rule, and it follows a similar path to Florida law. If you have been convicted of a single count of drug possession, and the substance in question was 30 grams or less of marijuana, this is not considered grounds for inadmissibility or deportability. Given the number of states that have made adjustments to their marijuana possession laws in recent years, USCIS has adjusted so as to focus its law enforcement capabilities on more serious offenders.

If you fear immigration consequences in your drug case, it is important that you know that your attorney is required to inform you of any potential problems that could result from the outcome.

For example, if you decide to plead guilty, your attorney must inform you that that choice may result in your getting deported. Failure to do so may give you the right to pursue a grievance against them or to appeal the verdict due to ineffective assistance of counsel.

Another crucial quirk of U.S. immigration law that you must be aware of in this position is that some dispositions that occur in drug cases are still considered ‘convictions’ for immigration purposes, even if they would not show up on a person’s criminal record as convictions. For example, if a person accepts pretrial diversion like drug court, but does so in a way that clearly communicates they are guilty of the offense they were charged with, that is considered a conviction under immigration law and the person may wind up being deported.

Being convicted of a crime is intended to be a serious consequence, but too often, people are deported because they are unaware of all of the potential outcomes that may occur in court. The West Palm Beach drug crimes attorneys at the firm of Perlet, Shiner, Melchiorre & Walsh, P.A. can advise you on how to navigate your drug case appropriately, and work hard for the fairest possible outcome. Contact our offices today to speak to an attorney.