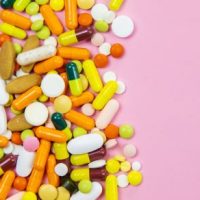 As summer turns into fall, officials on Florida’s Treasure Coast are starting to see a new variety of drugs turn up: fentanyl pills, in a “candy-colored” shell, intended to appeal to younger people. In recent weeks, the pills have been spotted in drug busts in St. Lucie County, and Attorney General Ashley Moody has seen fit to issue a press release on the drug’s presence. Because of the amount of fentanyl deaths in Florida, possession of fentanyl is treated extremely harshly, and if you are stopped with any amount, you will face serious potential consequences.

Fentanyl is a synthetic opioid that the U.S. Drug Enforcement Administration (DEA) estimates is 50 to 100 times stronger than morphine. It is currently the leading cause of death for Floridians aged 18-45, but it remains popular because of its alleged “intense, short-term high” and relative ease of access. The relative ease by which the average person is able to obtain fentanyl on the street is a huge problem for Florida law enforcement, simply because it is very easy to overdose with symptoms not appearing until it is almost too late.

In addition, fentanyl plays a role in so many overdoses because very often, it is not being obtained in its purest form; rather, it is being mixed or included with other drugs like heroin, and sold by street dealers. This is where experiments like the “candy-coated” fentanyl come from; drug dealers try to adapt and attract new clientele even as law enforcement is cracking down on the unlawful uses of fentanyl. Anyone caught with unauthorized fentanyl in Florida will be seen as contributing to the exponential harm the drug has caused to their friends and neighbors.

If you are found with fentanyl in your actual or constructive possession (that is, if you had control over the place where the fentanyl can be found), Florida state’s attorneys will generally not be inclined to make a deal on such charges. “Pure” fentanyl is considered a Schedule II drug (meaning that it has a “severely restricted” acceptable medical use, but also a high potential for abuse), while fentanyl derivatives are Schedule I, meaning they have no accepted medical use. Possession of more than 4 grams warrants a felony trafficking charge, punishable by multiple years in jail.

That said, it is possible to defend yourself against these charges. In order to convict a person, it must be proven that they had actual or constructive possession of the drug, that they knowingly had control of the drug, and that they intended to use, sell, or distribute them. If you have an experienced attorney on your side who can cast reasonable doubt on even one of these criteria, it is impossible for you to be convicted.

Fentanyl is a serious threat to people’s lives, and if you are caught in possession of the drug, you can face very serious consequences. A West Palm Beach drug crimes attorney from the firm of Perlet & Shiner, P.A. can help protect your rights in court. Contact our office today to speak to an attorney.