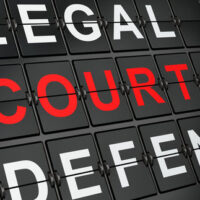 The significant majority of domestic violence accusations are real, but in very rare cases, a spouse will make false accusations in order to get a leg up in a divorce or custody proceeding. If this happens to you, the immediate impulse to lose your temper is hard to ignore, but it may put a quick end to ever being able to clear your name. You need an experienced attorney who understands just how high the stakes are in cases like these.

Florida defines domestic violence as any criminal offense “resulting in physical injury or death” committed by one family or household member against another. Examples are given, such as assault, battery, sexual assault, stalking, or kidnapping, but any violent crime will qualify. “Family or household member” also has a wide definition; spouses, former spouses, anyone related by blood or marriage, co-parents, or anyone who currently or formerly lives/lived together as a family. Some people labor under the misapprehension that only spouses can file domestic violence charges against each other, but this is not the case in Florida.

If you are arrested and charged with any kind of crime that qualifies as domestic violence, it can be easy to think you have nothing to hide if you are innocent; however, in reality, anything you say can and will be used against you. Many State’s Attorneys are keen to prosecute domestic violence cases, intending to make an example of each abuser; they can sometimes be loath to drop charges even if the accuser recants. Your best option if you are arrested is to say nothing until you have an attorney present.

Keep in mind that in Florida, no one is actually charged with “domestic violence;” instead, they are charged with the underlying offense, and the existence of domestic violence serves as what Florida law calls a sentence enhancement. Someone convicted of a domestic violence-type charge will almost certainly face a prison sentence, but they will also likely be required to comply with other orders – for example, not having any contact with the alleged victim or reclaiming property you legally own if the victim remains in the house or on the premises.

The most potentially toxic aspect of false domestic violence charges is that even if you are acquitted, merely having charges of this type on your record can be extremely damaging, perhaps most of all in dealing with issues of child custody. In Florida, any evidence of domestic violence – even if one is not convicted of any crime – is seen as evidence of “detriment to the child,” and child custody arrangements are made with the “best interests of the child” in mind. It is very possible for a court to see charges of domestic violence as reason to deny you custody of your children – most parents’ worst nightmare.

Being charged with domestic violence if you are innocent can feel terrifying, given the seriousness of the charge and just how much damage it can wreak on your personal life. If you have questions or concerns about false allegations of domestic violence, contacting a West Palm Beach criminal attorney at the firm of Perlet, Shiner, Melchiorre & Walsh, P.A. can be the first step toward vindication. Call our offices today to speak to an attorney.