Driving Drunk Is A Crime … What About Driving High? 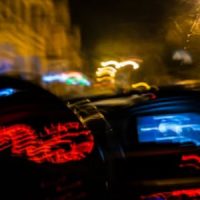 Even the freshest new driver on Florida roads is aware (or should be!) that driving while under the influence of alcohol is a crime. The law holds that the sheer recklessness and disregard for safety that drunk drivers display is enough to impose criminal penalties on anyone who commits the act. However, far fewer people are aware of the potential consequences of driving while under the influence of drugs, particularly marijuana. Drugged driving is just as against the law as drunk driving, and you can face very similar penalties if you are convicted of the offense.

Driving while high is actually prosecuted in Florida under the same law as DUI. If one is driving or otherwise “in actual physical control” of a vehicle (such as sitting behind the wheel while the vehicle is on), and under the influence of alcohol or drugs to the degree where their normal faculties are impaired, they can be stopped for driving under the influence, regardless of which substances they might have chosen to indulge in before getting behind the wheel.

Just as the law is the same, the penalties for driving high are the same as driving drunk. A first offense is usually punished by up to 6 months in jail, plus community service, fines, and the suspension of the driver’s license, though the period of time can differ. A second offense essentially eliminates any goodwill you might otherwise have had; the fines, jail time, and length of license suspension are increased, and an ignition interlock device will be installed on your vehicle. Things continue to escalate if more and more offenses happen.

If you have been charged with driving while high, be aware that the prosecution must be able to establish all three elements of a DUI case in order for you to be found guilty – (1) that you were in actual physical control of a vehicle; (2) that you were under the influence of a ‘controlled’ substance; and (3) that it affected you enough to impair your normal faculties. If not enough evidence exists to prove all three criteria, you cannot be found guilty because part of the case is missing, so to speak.

Keep in mind that in addition to the three elements being proven or not proven, there are potential affirmative defenses to this kind of charge. For example, an experienced attorney may be able to establish that any search or test performed by law enforcement violated your constitutional rights or was otherwise improper. You have rights that cannot be ignored, regardless of guilt or innocence, and you have the right to challenge actions that infringe upon them.

Some drugs, marijuana in particular, get a reputation as somehow being “less dangerous” than alcohol or harder offerings. However, driving under the influence of any controlled substance is against the law. If you have been charged with driving while high, calling a West Palm Beach drug crimes attorney at Perlet, Shiner, Melchiorre & Walsh, P.A. can give you the legal help you need to ensure your rights are protected. Call our offices today to speak to an attorney.