The Role Of The Victim In Florida Domestic Violence Cases 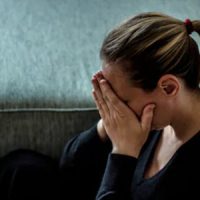 Domestic violence is seen as a crime both against society and against your alleged victim. That said, the role of an alleged domestic violence victim in the legal case against their alleged abuser is often much less than one expects. The average person may confuse a criminal proceeding with a civil proceeding, in which both sides of a dispute play equal roles and must abide by the same principles. In most cases, a Florida domestic violence case can move forward even if a victim recants or decides not to cooperate.

They Do Not Control The Case

Florida’s law on domestic violence states explicitly that domestic violence should be seen as a criminal act, rather than a private matter. What this means is that the state has a vested interest in seeing alleged domestic abusers prosecuted and convicted (upon a guilty verdict, obviously), and because of this, prosecutors generally push hard on trying domestic violence cases. As one might imagine, testimony from the alleged victim can often be the main building block of a prosecutor’s case against a defendant.

That said, because domestic violence is a crime and not a private matter, the cooperation of the victim is not strictly necessary. In a civil suit, if one of the parties decides they no longer want to be involved, the case will generally be dismissed – but a prosecutor can continue a criminal domestic violence case on their own authority. So, if your alleged victim refuses to cooperate or recants her statement to law enforcement about your alleged abuse, this does not get you off the proverbial hook.

Do Not Attempt To Influence The Victim

While a prosecutor’s case will be made more difficult by the refusal of the victim to cooperate, there are usually other sources of evidence to rely upon if the alleged abuse actually happened – for example, 911 tapes, photographs, medical records, and other forensic data can go a long way toward establishing guilt. In addition, a non-cooperating victim can be subpoenaed by a prosecutor if their evidence seems truly vital.

In extreme cases, or if the victim tries to lie or exaggerate their experiences or injuries, they may wind up facing criminal charges themselves. However, it is crucial that you not attempt to influence them in any way with regard to your trial; if you do, you may find yourself facing charges of witness tampering if you push limits too hard. Whatever the victim’s eventual role in your domestic violence case, you need to focus on establishing your own innocence, with the help of your attorney.

If you have been charged with a crime of domestic violence, you may have some mistaken ideas about the role that your alleged victim plays in the proceedings. The victim’s role is often tangential – you need a knowledgeable West Palm Beach criminal attorney on your side so that you can focus on establishing your case instead. Contact the firm of Perlet, Shiner, Melchiorre & Walsh, P.A. today to speak to an attorney.