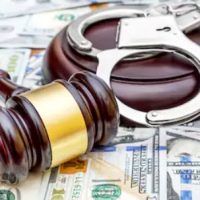 Sometimes, people in positions of power make bad choices when dealing with drugs – but they wind up facing the same consequences as anyone else. In September 2022, the chief flight nurse on Monroe County’s helicopter flight crew was arrested and charged with two counts of grand theft of a controlled substance, two counts of obtaining a controlled substance by fraud, and official misconduct. While the Monroe County State’s Attorney does not appear to be inclined to charge the woman with any other drug offenses, you may face serious consequences since stealing drugs is essentially two crimes in one.

In Florida, a person who purchases drugs may be charged with possession, or with drug trafficking, depending on the amount in question and the classification of the drug (for example, cocaine and methamphetamine are both Schedule II drugs, but one must be stopped with 28 grams of cocaine to trigger a trafficking charge, while only 14 grams will do the same for methamphetamine). Possession crimes are usually third-degree felonies, punishable by anywhere between 3 and 25 years in prison.

If you have been arrested and charged with this type of offense, it is crucial that you understand that you are facing two charges – grand theft, and possession or trafficking in a controlled substance. There are two separate types of theft under Florida law: grand theft and petit theft. The latter usually applies if the stolen item has a value between $100 and $750, while grand theft applies to all other cases with a higher monetary value. However, because controlled substances can cause such harm to society if used inappropriately, the Florida legislature wished to impose the harshest consequences on those who try to steal them.

It may be possible to assert a defense to charges of theft, such as mistake or duress. However, in Florida, it can be far more difficult to defend oneself against drug charges, and the state has a vested interest in prosecuting drug offenses harshly. If you are a first-time offender, you may be eligible for a pretrial diversion program like drug court; however, if this is not your first run-in with the law, it may be difficult to avoid serious penalties.

While the outcome of the Key West flight nurse’s case remains to be decided, it is crucial that you understand what you are facing if you have been charged with the same crimes. Contacting a West Palm Beach drug crimes attorney from Perlet & Shiner, P.A. can help you understand your options and the potential consequences for your actions. Contact our office today to speak with an attorney.