How Is A Domestic Violence Case Affected When A Victim Won’t Testify? 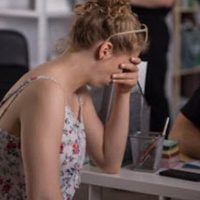 In a standard domestic violence case, the role of the alleged victim is important, because it is often only their testimony that can establish that domestic violence actually occurred. However, it is not at all uncommon for the alleged victim in a domestic violence case to suddenly refuse to testify against their alleged abuser, for a variety of reasons. If this happens, many who have been charged think that the case against them will somehow magically collapse – but if this has happened to you, it is crucial you be aware that the case against you may still be seen through to a punitive conclusion.

The Victim Does Not Have The Final Word

Florida law explicitly states that domestic violence is not merely a private matter, but should be seen as a “criminal act,” putting it squarely in the purview of state’s attorneys to prosecute instead of leaving it behind closed doors. Criminal acts are prosecuted by the state, rather than brought to court by the victim – which means that the person with the final say as to whether prosecution will happen or not is the state’s attorney (the prosecutor), not the victim.

This may be very stressful or frightening to the victim. But in cases involving domestic violence in Florida, the threat to society is seen as bigger than the victim’s wishes, with the containment of allegedly dangerous people being the primary goal of prosecution. A Florida state’s attorney’s primary job is to protect the people of Florida, and in order to do that, they bring charges against defendants they believe there is evidence to convict. In addition, in many cases involving domestic violence, there may be other evidence that can take the place of a victim’s statement if the person refuses to testify.

How To Make A Case?

If the victim refuses to testify, there are potential avenues by which they can be subpoenaed to testify against their will, as distasteful as this may sound. People facing criminal charges may assert the Fifth Amendment to avoid testifying, but crime victims cannot generally do this – if the legal system demands a person’s participation, they can essentially obtain it. If a victim continues to refuse, they may be held in contempt of court, which can carry fines or even time behind bars.

That said, if the victim cannot be found, or if they are unable (rather than unwilling) to testify, independent evidence can be used to make a case. 911 call recordings, medical records, testimony from other witnesses and forensic evidence can all be used to make a case against an alleged abuser even if the victim refuses to testify. It is also worth noting that while a victim’s failure to testify cannot be used against them, it may be possible to undermine their credibility if they choose to testify initially and then recant. Every case is different, but in some, a victim’s failure to appear can actually harm their own chances.

Domestic violence cases can run the gamut from pushing and shoving up to assault with a deadly weapon, and in any and all cases, the victim may choose to cooperate, or to resist. Regardless, however, anyone accused of a domestic violence crime needs knowledgeable and dedicated representation, and a West Palm Beach criminal attorney from the firm of Perlet & Shiner, P.A. can help ensure you get your day in court if you have been accused. Contact our office today at 561-721-0552 to speak to an attorney.