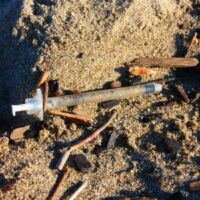 Florida is known as a tourist destination with a long and colorful tradition. However, some of its history still causes problems for Floridians even today. In the 1970s and 1980s, the state was the center of high levels of drug activity; these were the days of the so-called “Cocaine Cowboys” – and while the cartels have downgraded their presence over time, the flow of drugs continues to this day. Drugs, particularly cocaine and marijuana, have a disquieting habit of washing up on Florida beaches, particularly in the Keys, and while this may not have anything to do with you, it can help to explain Florida’s stance on drug crimes should you ever be charged.

In the past, Central and South American cartels would wreak havoc in south Florida and the Keys, trafficking drugs into the country for sale and bringing violence in their wake. This still happens today, though in recent years, the largest cartels have begun to shift operations west, toward Texas, Arizona, and California. That said, Florida still remains a hot spot for cocaine sales and distribution – its proximity to neutral ports in the Caribbean still makes it the area of choice for those who want to smuggle it into the USA. Addiction rates are higher in Florida than in surrounding states.

This history of violence and addiction has entered the public consciousness, which in turn has led to a succession of legislatures ready to get tough on those who use, sell, or traffic illegal drugs. In recent years, for example, more than one-third of U.S. states have either removed mandatory minimums for certain drug offenses, or never had them to begin with and have lowered some sentences from felony to misdemeanor. Florida, conversely, has altered state law to free some serving mandatory minimums – but the voters had to do so, not the legislature.

If you have been arrested after being caught with drugs or after what may feel like a small-time drug sale, this grand scale type of drug trafficking may never enter your mind. However, this history is relevant because in Florida, even a first offense will likely result in jail time, and the threshold that turns a misdemeanor into a felony is, in most cases, much lower than the average person expects. This is a direct result of state government wanting to get “tough on crime” after the mayhem of the 1980s and 1990s.

Because of a host of different factors, Florida’s legislature and government officials treat drug crimes very seriously, and a charge of drug trafficking can cause untold problems in all aspects of your life. Calling a West Palm Beach drug crimes attorney from the firm of Perlet, Shiner, Melchiorre & Walsh, P.A. can help get some of your questions and concerns managed. Call our offices today to speak to an attorney.