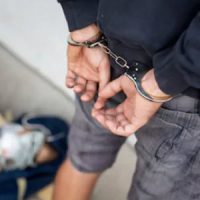 When a person is stopped on suspicion of possessing drugs, the concept of “possession” may seem fairly straightforward. However, the legal definition of that word is more complex than the average person might think. The concept of constructive possession may apply in your case, and it refers to a situation when a person exercises “dominion and control” over the substance in question. If you have been charged with possession of a controlled substance, understanding this concept may be the difference between acquittal and conviction.

Three Parts To The Charge

Actual possession of drugs is a fairly self-explanatory concept – if you had, say, a bottle of Xanax in your pocket, you actually possessed those drugs, and can face criminal charges for it unless you can show a valid reason for possessing it (for example, a prescription). Constructive possession does not require that you have a controlled substance on your physical person – rather, it is a concept meant to show that you had full control over the drugs, no matter where they actually physically existed.

Florida case law has detailed three components of constructive possession. They are:

Since drug possession is a criminal charge, all three of these components must be satisfactorily proven before a person can be convicted; reasonable doubt about even one of them will result in an acquittal for the defendant.

Proximity Is Not Sufficient

If you have been charged with constructive possession of drugs, it is important to keep in mind that mere proximity to drugs is generally not enough to find you guilty. Cases involving constructive possession often depend heavily on their individual fact patterns – in other words, each case may have many different variables that can affect guilt or innocence. This is why having experienced legal help on your side can make such a difference; an attorney may be able to take advantage of little details that a layperson might not see, or might not understand were significant.

For example, a case in Florida’s 2nd District involved a man who was found “approximately one foot” away from a matchbook containing heroin – yet he was acquitted of possession charges because the evidence did not establish that he owned the matchbook, nor that he had interacted with it in any way, shape, or form. Even a fingerprint or other proof that he had interacted with the matchbook would not be sufficient on its own – there are plausible explanations for how that proof could come about that would not involve guilty actions.

Being charged with a drug crime when you had nothing on your person can feel unjust – but law enforcement has a vested interest in keeping drugs out of the hands of innocent individuals. If you have been charged with drug possession, contacting a West Palm Beach drug crimes attorney from Perlet & Shiner, P.A. can help get your questions answered and your concerns managed. Call our office today at 561-721-0552 to speak to an attorney.