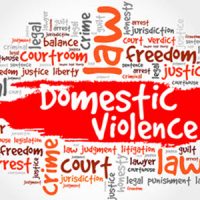 On the night of June 23, 2021, a 25-year old man died at Fort Walton Beach Medical Center after his girlfriend shot him in a domestic dispute. The girlfriend was charged with “domestic violence-related negligent homicide” in the death, but it remains to be seen what that will translate to in terms of sentencing if she is convicted. Women are statistically less likely to be perpetrators of domestic violence, but it does happen, and if guilty, their sentences should be comparable to men’s.

According to witnesses, the Fort Walton Beach shooting occurred when the man allegedly pointed a gun at his girlfriend, only for a struggle to commence over the weapon. The man pushed his girlfriend away at one point, and she fired one shot at him, which struck him in the stomach and ultimately caused his death. Florida law classifies negligent homicide as a form of manslaughter, which normally carries a sentence of up to 15 years in prison, with 15 years’ probation and heavy fines.

In the Fort Walton Beach case, however, there are two factors that may lead to a more severe sentence if the girlfriend is ultimately convicted. First, manslaughter with a firearm automatically raises the charge from a second-degree felony to a first-degree felony, due to the greater degree of negligence inherent in such an act; second, domestic violence acts as a sentence enhancement of sorts, as prosecutors use the domestic violence factor as reason to stiffen the sentence.

What this boils down to is that if you are female and are charged with a domestic violence offense, you may have to contend with law enforcement bias, particularly if your alleged victim is male. Women are still perceived as much more likely to be the victim in domestic violence situations, and it is not uncommon for law enforcement to treat a female suspect harshly because they are seen as unusual. While it remains to be seen how the Fort Walton Beach woman’s case will be handled, she may have to contend with these types of concerns during the legal process.

Domestic violence cases are seldom clear cut, and when factors like gender get involved, the process can become still more convoluted. The West Palm Beach criminal attorneys from the firm of Perlet, Shiner, Melchiorre & Walsh, P.A. have represented defendants of all genders and are well versed in this area of law. Contact our offices today to speak to an attorney.