I Bought Drugs From An Undercover Cop … What Now? 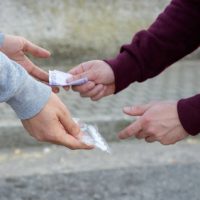 Florida has a long history with drugs and the people who buy and sell them. Because of the state’s past and perpetually high rates of drug use and overdose, sentences for possession, sale, and trafficking of drugs are particularly severe, and law enforcement is zealous (at times, overzealous) in apprehending drug users. Undercover drug busts are common in Florida, and coupled with the stricter-than-usual sentences, if you have been unlucky enough to buy illicit substances from an undercover law enforcement officer (LEO), you may face serious penalties.

Most people who buy drugs from a person who turns out to be an undercover law enforcement officer wind up being charged with simple possession of that drug (rather than with trafficking, or possession with intent to sell), simply because most transactions of that type, conducted on the street, involve relatively small amounts. In Florida, the severity of drug charges often depends on the specific nature of the substance in question, and on how much of the substance was involved.

If you have been charged with a Florida drug offense after buying from an undercover law officer, your situation may seem bleak, but there are defenses to these kinds of charges that may apply in your case. Sometimes, for example, it may be possible to attack the validity of any search of your home or vehicle; if strict evidentiary laws were not followed, the evidence obtained in those searches may be considered inadmissible.

One of the most common defenses that those in this situation will use is that of entrapment. Florida law defines entrapment as a situation in which someone is “induced” to commit a crime that they otherwise might not have committed, if not for the inducement of law enforcement. It can be quite difficult to establish that entrapment actually occurred, but it is possible to do so, particularly if you can show that you felt pressured by the LEO at the time.

If you have been stopped for buying drugs from an undercover cop, you need to take these charges seriously. However, a West Palm Beach drug crimes attorney can help you navigate the legal process, and ensure that your rights are protected. The firm of Perlet & Shiner, P.A. has experience in these matters, and is ready and willing to try and assist you. Call our office today at 561-721-0552 to speak to an attorney.