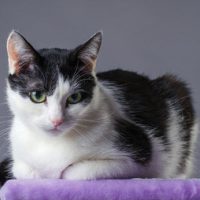 One of the biggest X-factors for those trying to flee domestic violence situations is the involvement of pets. Sometimes, an abuse victim may have no one but their pet to turn to for support, particularly if their abuser has succeeded in cutting them off from their family and friends. However, until relatively recently, pets were not protected during domestic violence-related cases, leaving them potentially at the mercy of the abuser. Florida law made a critical change in 2020 to help safeguard the life and livelihood of both domestic violence victims and their pets.

Pets Are Beloved By Many

One of the most common ways that abusers may try to harm or control their victims is by striking out at people and things close to them, including their pets. A survey by the American Society for the Prevention of Cruelty to Animals (ASPCA) estimated that around 70 percent of pet owners entering domestic violence shelters reported threats or violence against their companion pet. In addition, many shelters will simply not take them, making victims essentially choose between a loved one and physical safety.

Before 2020, Florida law made no real provision for a companion pet in homes where domestic violence occurred; the alleged victim had no right to assert control over the animal in the majority of cases, which often led to the animal becoming a victim of harm simply to upset its owner. However, in that year, the state’s governor signed CS/SB 1082 into law, which allowed pets to be protected by any domestic violence injunction (DVI; essentially a restraining order) obtained by their putative owner.

The law passed in 2020 not only permits domestic pets to be included in DVIs obtained by their owners. More specifically, it grants “exclusive care, possession, and control” of any animal that was kept or maintained by either the petitioner (the victim), the respondent (the alleged abuser), or any minor child from the household to the petitioner, if due evidence that the animal would be in danger is presented to the court. The rationale for this is that if the respondent is allegedly a danger to humans, it is a reasonable assumption to believe they will also be dangerous to animals.

While this law does not apply to any service animal belonging specifically to the respondent, it does apply to any other animal living in your household while the alleged abuse is going on. The law surprises many domestic violence victims with just how broad it actually is – but the intent of providing such protections for pets is, ultimately, to encourage victims of domestic violence to try and leave the situations in which they are in danger.

It is not uncommon for victims of domestic violence to remain in their situation out of a fear that their beloved pet will be mistreated if they leave. However, since 2020, survivors looking to get out of a bad situation can generally be assured that their pets can come with them, and continue to give them the emotional support and love they need during what can be a scary time in life. A West Palm Beach criminal attorney from the firm of Perlet & Shiner, P.A. can help try and answer any questions about your potential case. Call us today at 561-721-0552 to speak to an attorney.