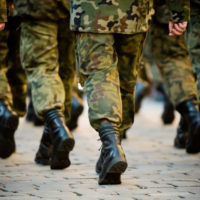 The David Petraeus affair has captured the attention of the national media and been all over the news the past week. On the news, there was a recent topic of whether the affair that the decorated General conducted was a crime.

The David Petraeus affair is unique in that he holds a position that deals with very sensitive and highly classified information. If the affair resulted in the leak of any of this information, he could be charged criminally. Additionally, the David Petraeus affair is unique because he was an active General in the military when the affair occurred. The military has a separate criminal code that it follows and adultery is a violation of the military code. News media have reported that they do believe General Petraeus will face a court-martial for adultery unless other aggravating evidence emerges.

People may have seen this topic and wondered if an affair could be a criminal offense. The short answer is no, this is beyond the scope of a criminal attorney. A personal affair between two consenting adults, while not socially condoned, is not a criminal offense. However, there may be other legal ramifications in family law concerning divorce, child custody issues, etc.