Is Recreational Marijuana Legal In Florida? 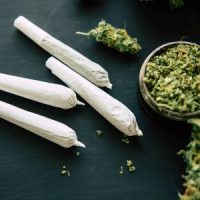 As of this writing, there are 36 states and 4 territories in the United States that allow the use of medical marijuana under controlled oversight, while 18 states, 2 territories, and the District of Columbia allow nonmedical use of small amounts of marijuana. Florida currently has a medical marijuana program, but despite voters showing interest in expanding the program to allow recreational usage, possession of marijuana in Florida is still illegal unless you have a valid medical card.

Medical Pot Is Legal But Regulated

In order to qualify for medical marijuana use, one must have a valid medical card, issued by a doctor, and at least one of the qualifying conditions (which include cancer, chronic pain, epilepsy, and glaucoma, among others). However, even medical marijuana is regulated fairly stringently – one cannot cultivate their own at home, and a patient must not possess more than 2.5 ounces every 35 days.

Medical marijuana was approved by voters in 2016, and legalized in Florida in 2017, over the concerns of some who feared an increase in crime rates. Time has not borne that fear out, but many of the same concerns are repeating themselves when the specter of legalizing recreational marijuana is discussed. Voters have attempted to bring a ballot measure to legalize small amounts of recreational marijuana, but so far, the initiatives have not sustained quite enough support to qualify.

Possession Of Non-Medical Pot Is A Crime

Unless you are the holder of a medical marijuana card, being in possession of any kind of marijuana is a crime in Florida. It is true that in some counties, marijuana possession has been decriminalized for amounts under 20 grams – for example, in Broward County, first offenses result in a civil citation, rather than criminal charges. However, in the majority of counties, possession of less than 20 grams of marijuana is a first-degree misdemeanor charge, punishable by up to 1 year in jail, plus fines and court costs. The alleged offender’s license may also be suspended.

Possession of more than 20 grams of marijuana is a felony, and because of the state’s history with drugs, these offenses are prosecuted aggressively. State’s Attorneys are not likely to accept plea-bargains in this type of case, even if there are potentially mitigating circumstances, because Florida law treats drug offenses as harm to society. In addition to being charged with possession, you may also face drug trafficking charges if the amount in question is over 20 grams, because in Florida, intent to traffic is presumed based on how much of a drug you have in your possession.

An old legal aphorism states that ignorance of the law is no excuse. If you have been stopped with non-medical marijuana, depending on how much marijuana, you may face some serious charges that can even land you in jail. A West Palm Beach drug crimes attorney from the firm of Perlet, Shiner, Melchiorre & Walsh, P.A. can help you navigate the legal process, and try and ensure your rights are protected. Call our offices at 561-721-0552 to speak to an attorney.