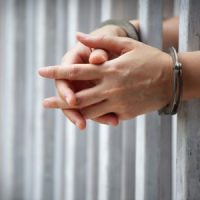 The first mandatory minimum prison sentences for drug crimes came about in 1984 with the Crime Control Prevention Act (CCPA) at the federal level, enacted as part of the so-called War on Drugs. Ever since then, sentences have lengthened and judge’s discretion has slowly become less relevant, both at the federal level and the individual states. If you have been arrested and charged with a drug crime in Florida, you may face a prison term if you are convicted, regardless of how relatively minor the crime. An attorney who can help is crucial.

Like many other U.S. states, Florida has its own mandatory minimum sentencing laws, and uses them with relative impunity. Data from the Prison Policy Initiative shows that in 2021, Florida’s incarceration rate was 795 people per 100,000, which is a higher rate than any democratic country on earth. Many of these people are nonviolent drug offenders, put behind bars by mandatory minimum sentences and/or “three strikes” laws, which automatically impose a harsh sentence on those who commit certain crimes for the third time.

Part of the reason for this is that Florida’s geography has made it a mecca for drug dealers, who can and do infiltrate the state with regularity to sell and distribute their product. From cartels to the “pill mills” of the 1990s and beyond, the drug addiction rate in Florida has been high, and it has been up to law enforcement to tamp down on the problem ever since.

If you have been charged with a drug offense that carries a mandatory minimum sentence under Florida – which is most of them – it is important to enlist an attorney quickly. It may be possible to negotiate a plea to another charge, particularly if you are a first-time offender, or if your crime was of a nonviolent nature. However, drug crimes are taken very seriously in Florida because they are seen as offenses against society, rather than individual, often victimless crimes.

Be advised that in Florida, there is no real difference between selling drugs and possessing amounts large enough to sell – the only factor that affects whether someone is charged with simple possession of a drug versus drug trafficking is the quantity of the substance involved. For example, being stopped with 20 grams or less of cannabis will be a misdemeanor possession charge, while being stopped with, say, 20 plants will likely be a felony charge.

Being charged with drug offenses in Florida is very serious, and if you are facing a mandatory minimum sentence, you need a knowledgeable attorney on your side to make sure your rights are protected. A West Palm Beach drug crimes attorney from Perlet & Shiner, P.A. will work hard to give you your day in court. Contact our office at 561-721-0552 to speak to an attorney.