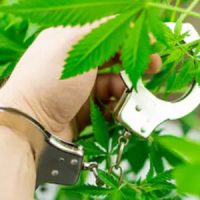 Since 2016, when Florida voters legalized medical marijuana, there has been a grassroots push for the legalization of recreational marijuana as well. However, as of this writing, Floridians are only able to possess certain amounts of marijuana for legitimate medical purposes. Recreational use is still illegal under Florida law, as well as under federal law, and the penalties can be significant, depending on the quantity at issue.

Only Legal In Specific Situations

In general, a majority of the U.S. public support easing restrictions on marijuana, but the law does not always reflect current public attitudes. Florida legalized medical marijuana due to a voters’ amendment, and as of this writing, offers medical marijuana as a method of treating all qualifying conditions, including cancer, epilepsy, glaucoma, HIV/AIDS, and chronic non-malignant pain, among others. The law also permits other patients with “medical conditions of the same kind or class” to be approved for the program as well.

Despite its legalization at the state level for medicinal purposes, it is crucial to understand that marijuana is illegal at both the federal and state level if used for recreational purposes. (Marijuana is also illegal under federal law even if used medicinally, but federal authorities generally decline to prosecute patients simply because doing so is usually unprofitable and time-consuming.) While the penalties for being stopped using, possessing, or selling recreational marijuana are somewhat less than those for being caught with other drugs in Florida, they are still present, and can add up.

The Law Is Clear … But Unsettled

Current Florida law states that if you are caught possessing or selling 20 grams or less of cannabis, the offense is a first-degree misdemeanor. More than 20 grams pushes the charge up to a felony. However, even a felony cannabis crime will stay a possession charge unless you are caught with more than 25 pounds of the substance. This is unusual in Florida; with most other, “harder” drugs, it takes much less to bump up a possession charge into a drug trafficking offense, which can have stiffer penalties.

In the future, there is a possibility of marijuana being legalized for recreational purposes in small amounts. A recent survey in Florida shows approximately 59 percent of Floridians support the legalization of recreational marijuana, compared to 31 percent who actively oppose it and 10 percent with no opinion. However, getting an initiative on the ballot has proven difficult, with the Florida Supreme Court striking down prior efforts as ‘misleading.’ For now, if you have been charged with a cannabis crime, enlisting an experienced attorney to help you with your case is still the best method.

If you have been charged with possession of marijuana, it is still a crime and the charge needs to be viewed seriously. The West Palm Beach drug crimes attorneys from the firm of Perlet, Shiner, Melchiorre & Walsh, P.A. have years of experience with this type of case, and are ready to put that knowledge to work for you. Contact our offices at 561-721-0552 to speak to an attorney.