My Child Has Been Charged With A Drug Crime! 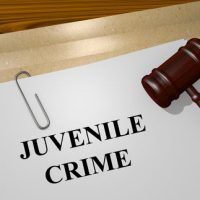 Florida’s drug laws are harsh, given the state’s past history, and adult defendants are often given strict sentences, some being mandatory minimums that may put them in prison for decades. However, when a person under the age of 18 is charged with a drug crime, there are many different options as to how such a case can go. Many juvenile defendants are seen as more ignorant than criminally responsible, but each case is different. It is crucial that you understand Florida law on the subject before going forward.

Most juvenile drug offenses will fall under the heading of simple possession, which means that they were stopped with a small amount, and had no clear intent to manufacture or distribute the drug in question. Charges for possession of drug paraphernalia (items like syringes, bongs or other things that can be used to ingest drugs) are also sometimes common, and can be prosecuted even if no drugs were found on the person. Both charges will usually be tried as first-degree misdemeanors, which can carry up to one year in jail, plus heavy fines, in adult court.

It is common for parents or guardians of minors to not take these charges very seriously because they are mere misdemeanors, but even misdemeanors can follow a young person for years. If your child has been charged with felony drug offenses, the stakes are even higher because such cases are usually tried in adult court, and cannot usually be expunged from a person’s record. This means that any future landlord or employer could find the conviction on a standard background check.

The Court May Hold You Responsible

If your child has been charged with a misdemeanor, and it is their first offense, be advised that it will likely be adjudicated in juvenile court. In juvenile court, defendants are not found guilty; rather, they are “judged delinquent,” which means that they will face punishment – often, a stretch in a juvenile detention center or on long-term probation, plus fines and court costs (which may fall on you if your child has no income; the court can exert jurisdiction over both you and your child until restitution has been paid).

Conversely, if your child has multiple convictions or is stopped with a large amount of a drug or drugs, they will almost certainly face charges as an adult, which can lead to prison sentences of up to 30 years. Multiple offenses show a pattern of criminality, which effectively prohibits your child from receiving their ‘second chance’ in juvenile court. Juvenile court is intended to be rehabilitative for young offenders – but a pattern of repeated crimes create a presumption that the young person is beyond such efforts.

It is a very understandable impulse for a parent to want to shield their child from potentially harsh consequences – but the law does not allow this. If your child has been charged with a drug crime, the best thing a parent can do is to contact an experienced attorney. The West Palm Beach drug crimes attorneys at the firm of Perlet, Shiner, Melchiorre & Walsh, P.A. have handled this type of case before, and will give your family the facts you need to be able to make informed decisions. Contact our offices today to speak to an attorney.