What Is Not Domestic Violence? 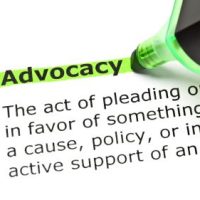 The Me Too movement and the increase in domestic violence cases during the COVID-19 pandemic have led to many more alleged abusers winding up behind bars. However, not every altercation between two people should be considered domestic violence, and too often, the term is used erroneously. If you are facing charges for domestic violence, it is important to understand what that actually entails, so that you have a better idea of how to attack the charges against you.

Is It A Crime?

As one might imagine, to qualify as a crime of domestic violence, your behavior must actually be a crime. Certain domestic altercations may grow unpleasant or heated, but mere words, unless they are threats to the person’s life, are usually not enough grounds for criminal charges. Threats qualify under Florida law as assault (contrary to popular usage, assault in a legal sense is defined in Florida as an “intentional, unlawful threat” to do violence to another person, coupled with the apparent ability to follow through).

That said, even minor touching may qualify as domestic battery, which is a crime specifically delineated as a crime of domestic violence under the relevant law. Battery refers to doing someone bodily harm, but it can also refer to “actually and intentionally touch[ing] or strik[ing]” another person against their will. The touch must be ‘intentional,’ but it does not say anything about how strong the touching should be.

One or more of these people being involved is what makes the alleged crime “domestic,” unlike another type of altercation that may happen with anyone, anywhere. The home is seen as sacrosanct, and if its peace is disrupted, Florida law sees it as a particularly serious crime.

If you have been involved in any kind of physical altercation with a family or household member, you may have committed domestic violence, or you may have committed another offense entirely, or none at all. The West Palm Beach criminal attorneys at the firm of Perlet, Shiner, Melchiorre & Walsh, P.A. can help you understand what you are facing, and your potential options going forward. Contact our offices today to speak to an attorney.