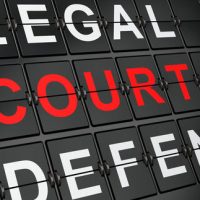 On the night of September 10, 2021, an Orlando man and his girlfriend were having a domestic dispute when he came home intoxicated and she hid his weapons, fearful he would use them. The man became aggressive, and when she left to get away from him, he searched for and located a weapon, with which he shot her dog, which had been trying to protect her. The man has now been charged with animal cruelty, child abuse, and shooting into a dwelling.

It is sadly not uncommon for pets to become casualties of domestic violence events. If someone is enraged and acting on the spur of the moment, pets can be an all-too-convenient substitute for the person their rage is really against, and while they are sentient, Florida classes them as property in most respects. Up to 89 percent of female victims in domestic violence shelters reported that their abuser threatened, injured, or outright killed family pets as acts of intimidation.

While pets are generally classed as property under Florida law, animal cruelty is a crime, and while it does not specifically meet the state’s definition of a domestic violence crime, attacking your significant other’s animal in lieu of physically harming them does have domestic violence-related consequences. In 2020, Florida’s governor signed SB 1082 into law, which modifies domestic violence law to include pets in domestic violence injunctions, giving judges the authority to impose a no-contact order on an alleged abuser for both their alleged victim and any family pets they have in their control.

If you have, in a moment of rage, attacked your alleged victim’s dog, cat, or other animal, it does not necessarily qualify as a crime of domestic violence (even though it is a crime in general, for which you may do jail time if convicted). However, violating an injunction in order to reclaim or injure the animal is a misdemeanor, and doing so multiple times is a third-degree felony. Pets serve such important functions for so many people; Florida law has now carved out protection for them as they rightly deserve.

While it remains to be seen what the ultimate fate of the Orlando man will be, his girlfriend’s dog is thankfully expected to live as of this writing. If you have committed a crime of domestic violence involving an animal, you deserve your day in court and the representation that will protect your rights, but you should be aware that the charges are serious. The West Palm Beach criminal attorneys at the firm of Perlet, Shiner, Melchiorre & Walsh, P.A. are well versed in this area of law and will work hard for you. Call our offices today to speak to an attorney.