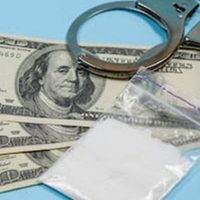 Under Florida law, if a person is charged with simple drug possession, it means that they were found with an illegal controlled substance, but showed no intent to sell or otherwise distribute the drug. This is an important distinction in Florida, because the state has some of the harshest drug laws in the United States – but even simple possession can sometimes yield an equally harsh sentence if the person is convicted.

Drug charges in Florida are based on the cumulative weight of the controlled substance (or mixture of controlled substances) at issue, but also on the nature of the specific substance. A tiny amount of a Schedule I drug will often result in a stiffer charge than a large amount of a Schedule V drug. For example, simple possession of less than 4 grams of fentanyl will still be charged as a second-degree felony, while possession of less than 4 grams of LSD will be charged as a third-degree felony.

A common misconception about charges of simple possession is that they will automatically be misdemeanors because they are “simple” – but in reality, the ‘simplicity’ comes from the lack of intent to sell or distribute the drugs the person has been stopped with. A charge of simple possession can be up to a first-degree felony, depending on the type of the drug and the amount you are stopped with. The only drug possession-related offense in Florida that may be tried as a misdemeanor is possession of less than 20 grams of cannabis.

The elements to a charge of simple possession are very straightforward; the state’s attorney must establish that you had either actual or constructive possession of the drugs in question, and that you knew it was a controlled substance. If they cannot establish either of these criteria, you cannot be found guilty – but the odds of that are rare. This is particularly true if you were stopped with the drugs actually on your person. Actual possession is fairly self-explanatory, but “constructive” possession is when you were the only person who had ‘dominion and control’ over the drugs, knew where they were, and knew that they were unlawful to possess.

The most common examples of constructive possession is if drugs are found in your home or vehicle. In theory, no one else is permitted to exercise dominion or control over those locations except you; if the state’s attorney in your case can establish that you knew of the substance’s presence and that it was unlawful to have in your possession, you will almost certainly be convicted of drug possession – even if it was simple.

Drug crimes are handled very harshly in Florida, because of the state’s history with drugs and addiction. If you are charged with possession, even if it sounds minor, it is crucial that you take things seriously or you may wind up serving more time than you expect. A West Palm Beach drug crime attorney from Perlet, Shiner, Melchiorre & Walsh, P.A. can help to get your questions answered and try to protect your rights in court. Contact our office today to speak to an attorney.