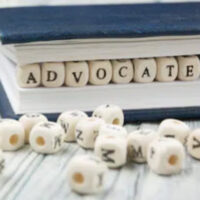 On March 2, at around 6am, a boat landed on a beach in Palm Beach carrying several people – at least three, according to reports current as of this writing. Police were able to establish a perimeter around the landed boat not long after its landing, taking the three aboard into custody in what law enforcement is calling a drug and migrant smuggling ring. Current reports identify those on board as having Haitian and Bahamian citizenship, but are seeking several others, some of whom are thought to be U.S. citizens. If you have been mixed up in any type of smuggling, you may face years in jail, plus exorbitant fines. You need legal help as soon as possible.

Because of the prevalence of smuggling and drug use in Florida, any drug crime is prosecuted very seriously. However, trafficking is worse than simple possession, because the implication is that someone is attempting to make drug users out of others who might otherwise avoid that kind of substance. Being accused of trafficking can also be a confusing charge to defend against – you do not need to actually have the intent to sell or distribute drugs to wind up charged with trafficking. You merely need to have possession of enough of the drug, and “enough” varies depending on the substance.

For example, Florida law holds that if you possess 325 cannabis plants, you have committed a first-degree felony, punishable with a 3-year prison sentence. 325 cannabis plants take up a sizeable amount of real estate. However, if you possess 15 grams of heroin (roughly 3 percent of one pound), you may face up to 15 years in prison. This pattern of punishment does make sense because different drugs are dangerous at different dosages, but at the same, a defendant may have real trouble understanding how much is too much, so to speak.

Drug charges can be either state or federal, though if they involve international travel they will very often be federal. The Palm Beach boat trio’s other alleged crime, however, is always federal, and that is the act of alien smuggling. Federal law bars any attempt to try and help a person enter the United States without the proper papers, and the penalties for trying to do so anyway can be extremely severe. On top of this, you may also face charges like reckless endangerment, child abuse, kidnapping, or fraud, which can add years to your sentence.

The U.S. Immigration & Nationality Act (INA) makes it a crime to aid anyone in entering the country without papers, even yourself, and a conviction can result not only in a prison sentence of up to 10 years, but may also result in immigration violations. If you are not a U.S. citizen, you may face penalties like having your visa or permanent residence card revoked, or you may even be deported if the offense is significant enough. If you have become involved with alien smuggling, you need dedicated legal assistance as soon as possible, as time is not on your side.

While no word exists as of yet on the ultimate fate of the Haitian and Bahamian people arrested on the boat, know that smuggling anything is a serious crime, with serious consequences. The West Palm Beach criminal attorneys at the firm of Perlet, Shiner, Melchiorre & Walsh, P.A. can work with you and try to ensure that you receive your day in court. Call our offices today to speak to an attorney.