What Is Constructive Possession? 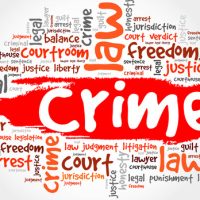 When someone is stopped with drugs on their person, they can be charged with drug possession under Florida law in the overwhelming majority of cases. However, there is another type of “possession” that many do not understand. Constructive possession deals less with actually holding contraband in one’s hand or pockets, and more with having control over it or the location where it is located. If you have been charged with drug possession, but you were never found with anything on your person, the concept of constructive possession is a cornerstone of the prosecution’s case against you.

There are two main criteria that have to be established before someone can be convicted of drug possession: knowledge and control. One must have knowledge of the substance – that it is in your bag or pocket, but also that it is an unlawful substance for you to possess – and also, one must control it. Actual possession of drugs is fairly straightforward for prosecutors – generally, if you possess an unlawful controlled substance, you will face charges. If drugs are found in your pocket or your handbag, you generally have both knowledge and control of the substance, and will likely be convicted.

Constructive possession, however, is different. Even if the drugs are miles away, you may still possess the knowledge of their location and their illegality, and you may still control them if you control the location where they exist. For example, you may have a large quantity of cocaine in your home. If you are aware that the substance is cocaine, and that cocaine is illegal to possess in Florida, you have knowledge, and if it is in your home (a private location, only accessible to you and those you allow in), you have control.

Possession charges are considered relatively minor in terms of possible sentencing, but it is still a serious issue for the average person to have a drug conviction on their record. Most possession charges in Florida are misdemeanors, meaning that the possible sentence will be up to 1 year in jail, plus fines and costs. In some cases, depending on the amount one is stopped with, the penalties may be more – for example, if one is stopped with more than 4 grams of any opioid, the offense is considered a felony. However, instances like this are more often charged as drug trafficking, rather than simple possession.

If you have been charged with drug possession, it is possible to assert a defense via your attorney. Drug possession is what is known as a specific intent crime, meaning that if you can show that you lacked the intention to knowingly possess an unlawful substance, you may be able to undermine an aspect of the prosecution’s case. Alternatively, you can argue that you lacked constructive possession of the drugs depending on where they were found – for example, if you share a home with other people, and drugs were found there, law enforcement cannot conclusively show the drugs are yours and not your roommates’.

Drug charges based on constructive possession can be an unpleasant surprise, but in some ways, they are actually easier to attack than charges of simple possession. If you currently face these charges, a West Palm Beach drug crimes attorney from Perlet, Shiner, Melchiorre & Walsh, P.A. may be able to help you decide the best plan of attack for you and your family. Call our offices today to speak to an attorney.