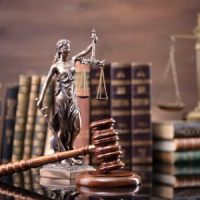 Florida drug laws are some of the strictest in the United States, imposing significant sentences even for low-level offenses. However, this does not mean that it is impossible to argue in your own defense. An affirmative defense is an argument that effectively destroys the prosecution’s case, even if all of the allegations in the complaint are accurate, and they exist for every type of crime. An experienced attorney can help articulate affirmative defenses in your case that may establish your innocence.

In order to convict a defendant of a certain crime, a state’s attorney must establish their guilt beyond a reasonable doubt. Defense attorneys attempt to cast that reasonable doubt, and affirmative defenses are one of the tools they use to do so. This is particularly relevant in cases like simple drug possession or distribution, where there are distinct criteria that a state’s attorney must fulfill in order to present a proper case.

For example, Florida’s statute governing possession of drug paraphernalia (such as syringes, bongs, or materials like baggies and scales in the context of drug sales) criminalizes the use, or the possession with intent to use the items. If a defendant can establish that they possessed the syringe or the scales for a legitimate purpose, the prosecution cannot make their case, because they cannot establish that the defendant had the intent to use the items for drug use or distribution.

When it comes to drug cases, there are four main types of affirmative defenses, each attacking a different pillar, so to speak, of the prosecution’s case. They include:

While every situation is different, an experienced attorney knows how best to attack the prosecution and use any affirmative defense that may justifiably apply to your case. Do not try to go it alone; the stakes are simply too high.

If you have been arrested for drug offenses in Florida, know that you have the right to an able defense. Enlisting a knowledgeable West Palm Beach drug crimes attorney from the firm of Perlet, Shiner, Melchiorre & Walsh, P.A. may be the difference between making sure your side of the story is heard in court, and going unheard. Call our offices today to speak to an attorney.