Domestic Violence And The Right To Possess Firearms In Florida 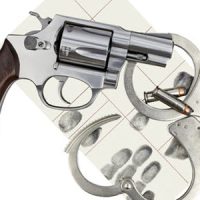 If you have been charged with domestic violence in Florida, your alleged victim has the right to seek what is known as a domestic violence injunction against you, which would prevent you from coming into contact with them for a certain period of time. However, if you have an injunction against you, what you may not be aware of is that it is a federal crime to ‘possess, ship, or receive’ a firearm or ammunition. Your right to own firearms will be severely restricted, at least during the period of time in which you are under the injunction’s aegis.

You May Lose That Right

Both state and federal law hold that the right to possess a firearm can be restricted or taken away in the event of a qualifying injunction or a conviction for any domestic violence crime. Both in Florida and in federal courts, it is a crime (often a misdemeanor, but sometimes a third-degree felony) to knowingly possess a firearm if you have a qualifying order of protection or conviction – it is also a crime for anyone to knowingly “sell or transfer” a firearm to you if they know you have a qualifying order of protection.

One important thing to keep in mind, however, is that only final injunctions or judgments will prompt such a restriction. If a domestic violence victim can show that they are in imminent fear for their life, they may be granted what is known as an ex parte domestic violence injunction (that is, an injunction granted with only one party’s input). However, ex parte procedures are always temporary, because to make them permanent violates one party’s Sixth Amendment rights. A final injunction will only be granted after a hearing at which you will have the right to plead your case.

Play By The Rules

If events play out to a point where you fall under one of the laws demanding you surrender your firearms, the temptation may be there to simply ignore the injunction – there has been a lack of enforcement in Florida which has led to some alleged abusers retaining their weapons, to tragic effect. However, ignoring the injunction can lead to serious trouble down the line, in terms of increased jail time and heftier fines.

It is much better to try and focus on establishing your innocence as to the crime of domestic violence with which you have been charged; after all, if you are not convicted, and your injunction eventually lapses, there is no impediment to your owning firearms or ammunition. The best way to safeguard your right to bear arms is to enlist an experienced attorney and present the clearest possible case to the court.

Many people in the U.S. put significant stock in their right to bear and keep firearms. However, you can lose that right if you abuse it by posing a danger to the public good. An experienced West Palm Beach criminal attorney from the firm of Perlet, Shiner, Melchiorre & Walsh, P.A. can help to ensure your rights are protected during the legal process. Call our offices today to speak to an attorney.