Is Vaping Illegal In Florida? 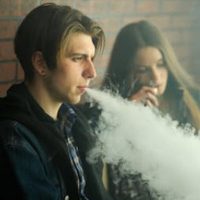 In recent years, vaping has become a more common way of using tobacco or marijuana. However, the proverbial jury is still out on its legality in many different states and countries. In Florida, the physical practice of vaping is legal, though locations where it can be done are limited (the state banned vaping in enclosed indoor workplaces in 2019). If you use a vape to smoke marijuana or other drugs, however, you may have more complex problems down the line.

Having A Vape Pen Is Not Illegal

Using a vape or e-cigarette to ingest nicotine is perfectly legal (as long as it is done outside, with rare exceptions), but many people try to vape marijuana or other drugs in public, which can create a significant problem for law enforcement. Vapes all but eliminate the strong smell of marijuana, and the oils can be scented with something inoffensive. Synthetic drugs can also be reduced to odorless vapor with relative ease, and sometimes law enforcement may simply not be able to tell what one is vaping.

Because of this, mere possession of an empty vape pen will usually not trigger any issues with law enforcement. If you are stopped with a vape pen or e-cigarette containing any kind of cannabis, it will usually be the cannabis possession that creates legal trouble – while a vape pen might qualify as drug paraphernalia, there are also legal reasons why someone might possess one. However, a controlled substance is a controlled substance, and without a prescription, possession will always trigger some type of criminal liability.

Sentences Can Be Stiff

If you are stopped with a vape pen or e-cigarette containing marijuana or a synthetic drug, you may think that you face only a misdemeanor charge, since Florida drug charges are largely determined by the amount of the controlled substance the person is stopped with. However, the laws surrounding concentrates and resins are different than those regulating the raw forms of drugs – for example, the law states that being stopped with less than 20 grams of cannabis in non-concentrate form is a first-degree misdemeanor; being stopped with less than 20 grams of cannabis concentrates is a third-degree felony, with a corresponding step up in sentencing.

In addition to stiffer sentences for most drug concentrates, Florida prosecutors rarely take plea-bargains in drug crimes, though it is not unheard of. Drug crimes are seen as so potentially harmful to society, and between that and Florida’s past history as a cartel playground, prosecutors are not likely to be ‘soft’ on drug crimes. Still, every case is different, and having a knowledgeable attorney on your side can make your options clear.

Florida’s laws surrounding vaping and vaping-related offenses are still changing, and if you are charged with a drug crime related to vaping, it is crucial to have an experienced West Palm Beach drug crimes attorney on your side. The firm of Perlet, Shiner, Melchiorre & Walsh, P.A. handles many drug cases, and we can put our experience to work for you. Call our offices today to speak to an attorney.