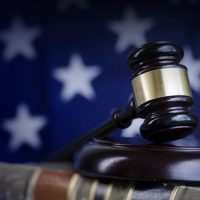 In late January 2022, a Key Largo woman and her friend were arrested on multiple drug charges, including possession of a controlled substance without a prescription and possession of drug paraphernalia. Only the woman, however, was charged with child abuse and contributing to the delinquency of a minor, after allegations that she not only gave several minor children tobacco and alcohol, but also that she taught them how to package drugs. These offenses are extremely serious, and may add years to any sentence she receives.

Drug Charges In Florida Are Serious

Florida drug laws are quite severe compared to those in other states, partly because of the state’s history with illegal drug trafficking and possession. Even now, street drugs and the related crime are an endemic problem – the state’s answer has been to hand out harsh sentences (at times, including jail terms with mandatory minimum requirements), for good or ill. Even simple possession – that is, possession of a controlled substance without any intent to sell or distribute it – is sometimes a felony, depending on the nature of the substance involved. For example, possession of any Schedule I drug will be a felony because of the dangerous nature of those drugs.

The woman and her friend were charged with felony cocaine and marijuana possession, which is somewhat remarkable – in most cases, marijuana possession is charged as a misdemeanor unless a person is found with quite a large amount. Their other charges were possession of a controlled substance without a prescription, which may also be charged as a felony depending on the weight of the drugs involved, and drug paraphernalia-related charges, which are usually misdemeanors. However, the alleged offenses involving minor children may wind up carrying the stiffest penalties of all.

Drugs May Play A Role In Child Abuse Charges

In addition to the straightforward drug charges, the Key Largo woman allegedly taught minor children how to package drugs, as well as providing them with alcohol and tobacco, smoking marijuana in front of them, and allowing them to drive her car without a license. While these are not necessarily specific intent crimes, they do rise to the level of child abuse – Florida law defines it as an intentional act that could “reasonably be expected” to result in physical or mental injury to a child.

While contributing to the delinquency of a child is usually charged as a misdemeanor, a child abuse charge may rise as high as a first-degree felony, depending on the outcomes for the child in question. In the case of the Key Largo woman, there is no available evidence indicating that any of the children involved met with any lasting harm, but even so, the charge may result in a third-degree felony sentence. Children are seen as uniquely vulnerable under Florida law, and an offender who causes them harm – or could have – will usually be dealt with quite harshly.

As of this writing, the woman and her friend are at the county jail, charged with multiple offenses. If you have been charged with drug offenses that involve minor children, be aware that the stakes are extremely high – you need a knowledgeable attorney on your side who can ensure your rights are protected. The West Palm Beach drug crimes attorneys at Perlet, Shiner, Melchiorre & Walsh, P.A. have handled many of these cases and are ready to try and help you with yours. Contact us today to speak to an attorney.